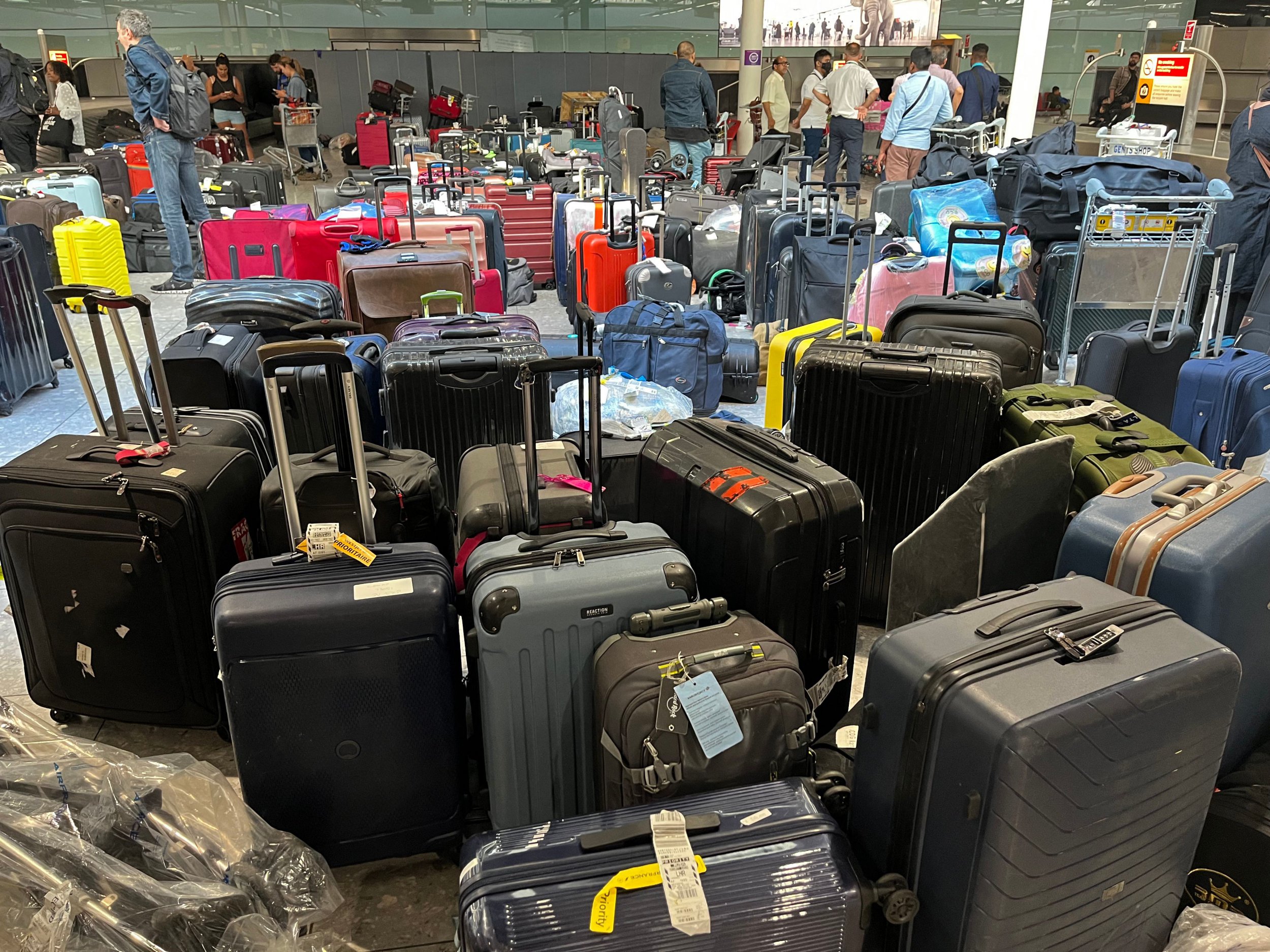 People are turning to AirTags to keep track of their luggage amid mounting travel chaos.

A shortage of staff following the mass redundancies that engulfed the aviation industry during the pandemic has left airports in Europe and the US struggling to serve the surge of passengers and their luggage.

Travellers have found a solution in tracking devices like Apple AirTags to combat the messy situation.

One man travelling from the US to the UK who had attached AirTags to his luggage found that his bags were still stuck on the tarmac in America while he had landed in Edinburgh, as reported by Bloomberg.

Using the AirTags he was able to see that his baggage remained in the US two days after his departure and was eventually sent to a warehouse in Edinburgh and then to Aberdeen. Finally he tracked his luggage to the West Midlands in England.

‘Luggage stuck in LHR for flight to SEA on July 8th with zero updates on Delta baggage tracker. Apple AirTag indicates it’s still somewhere near Terminal 3. When will I get my luggage back?’ tweeted one user whose bags were stuck in Heathrow.

If youâre flying anytime soon it maybe worth considering an AirTag. Airport operations are in bloody shambles & baggage handlers are under the pump. Suitcases are taking days to track if in lost luggage.https://t.co/0bQQsmTrYk pic.twitter.com/FnVzseyve0

Tracking devices like AirTags and Samsung’s SmarTag have proved to be an invaluable tool for travellers this summer.

Apple introduced AirTags in 2021 to keep track of your belongings and has since been criticised for being used to stalk people.

The tracking devices, which use short-range Bluetooth, are permissible on planes and can help reunite you with your lost luggage. The tiny, coin-like devices act as trackers for keeping tabs on things like keys, wallets and backpacks.

People who didn’t use use AirTags had to spend hours searching through the mountains of lost luggage. One woman at Heathrow found her suitcase after three hours after it went missing leaving her with no clothes.

In June, a sea of suitcases was seen outside a terminal at Heathrow Airport as staff struggled with an ‘ongoing issue with the baggage system’.

The aviation industry has been struggling to keep up with post-pandemic demand after sacking too many employees during Covid lockdowns.

I'm a savvy shopper – the simple tricks to get bargains at ASOS, Zara & H&M including the exact time to shop online | The Sun