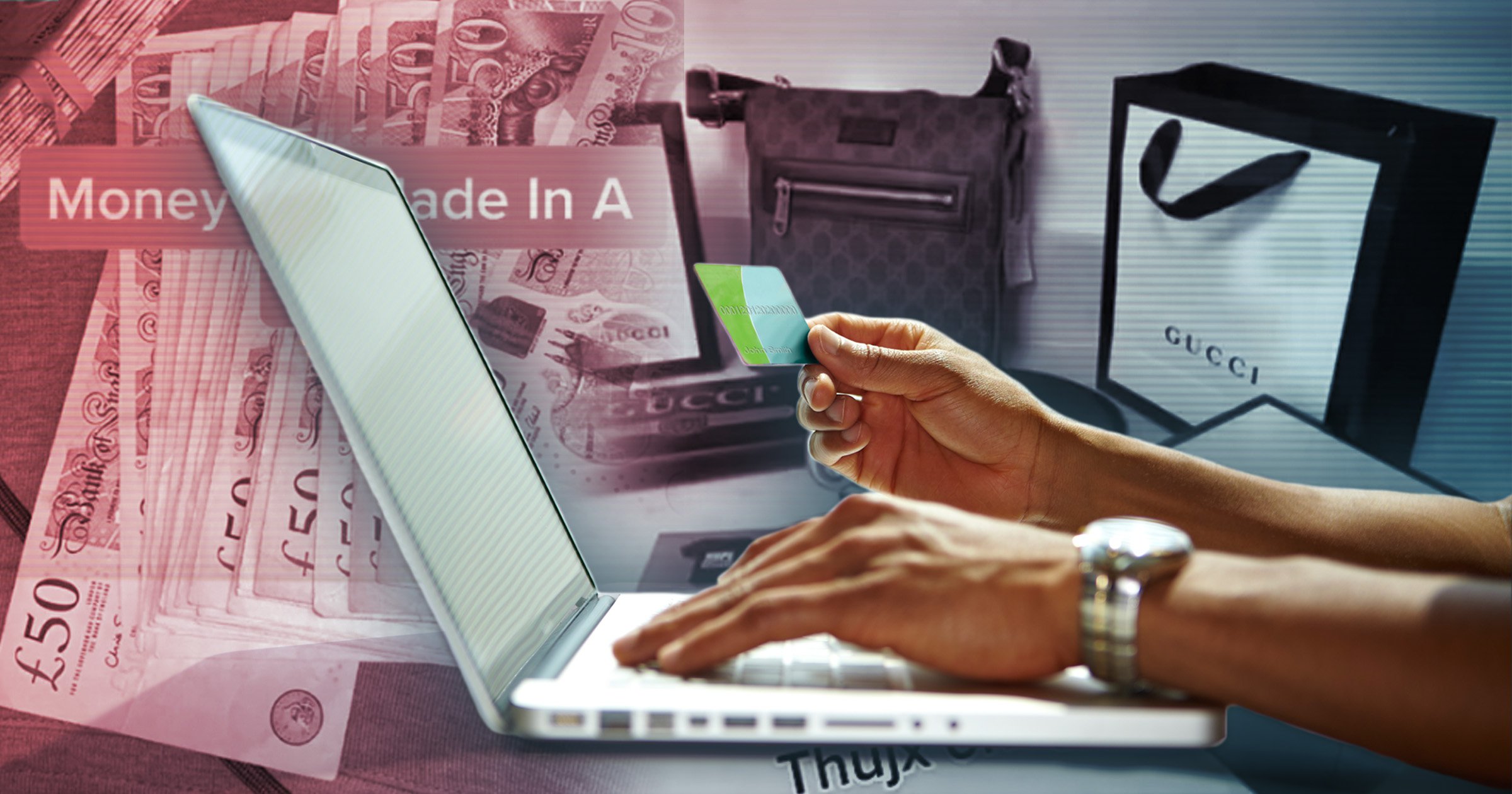 There’s a new breed of online creators that are getting into educational videos— scammers. Scam artists are uploading content online on how to send spam texts and use stolen financial details to buy goods online.

In what’s a different kind of online classes, fraudsters are selling instructions in detailed step-by-step guides and individual online tutorials to help newbies cash in on the multimillion-pound black market trade, an undercover Mail investigation has found.

These videos teach people to trick targets into handing over their account, bank card information and other personal details. They are then taught to use the stolen financial details to buy goods online from retailers including John Lewis, Harvey Nichols, PrettyLittleThing and Selfridges.

These goods are usually then sold on eBay or other internet marketplaces. Meaning, consumers are unknowingly buying goods bought with stolen funds.

The investigation also revealed that these ‘How to’ guides teach people to commit Universal Credit fraud, fuelling a benefits fraud epidemic.

How does it work?

‘Noobies’ or new scammers are taught to use stolen bank details to take out £5,000 loans charged to the victim, and how to move money from victims’ accounts to their own cryptocurrency accounts.

Fullz and other details such as national insurance and driving licence numbers were found to be openly traded on the messaging service Telegram, in groups with names including Legal Fraudsters, Fraud Boys, Frauding UK and GB Only Fraudsters, which have thousands of members.

These criminal marketplaces are also used by scammers who make an additional profit by teaching others to learn the tricks of the scamming trade for a price.

For £205, paid via Bitcoin, one scammer who advertised lessons in these groups provided investigators with software to create realistic phishing text messages that linked to fake web pages for banks and payment companies. These are the most common types of scams that trick victims into passing over their personal and banking details.

All it took was a three-day crash course to send fraudulent messages pretending to be HSBC or Barclays. The scammer told investigators this was the technique used in the fake PayPal and Royal Mail scam text messages which exploded during the lockdown.

The scammer also sent a list of more than 50 mobile phone numbers he planned to target as a demonstration during the tutorials. Some scammers sell hacked details including cards, bank and personal details of UK victims for just £150.

Other scammers-turned-teachers explain how to use these stolen bank details to buy from major retailers without getting caught by fraud checks, in a technique known as ‘clicking’.

One fraudster, reportedly going by tee.clickz and rocket20 whose accounts are inactive now had a video on TikTok advertising ‘lessons, fullz, bins and methods’. His TikTok biography was ‘Never work a 9-5 again’.

For £200 the scammer offered a dossier which he called the ‘Fraud Bible’, with techniques to defraud around 20 brands, detailing tried and tested tips such as which type of card and delivery option to use, and the maximum cost of purchase that can be made with each retailer without causing suspicion.

The targeted brands include the likes of Givenchy, John Lewis, End, Louis Vuitton and Farfetch. From here people are encouraged to sell the items on eBay or any designer-based market app.

‘We do not allow stolen property to be sold on eBay. We have dedicated teams who work closely with law enforcement to prevent and disrupt illegal activity and investigate sellers who may be in breach of this policy so that the appropriate action can be taken,’ an eBay spokesperson told the Mail.

The Fraud Bible also featured ‘refund’ scams with methods of claiming cashback from major retailers. These include standard email formats expressing false outrage that an ordered item did not arrive and demanding that ‘something is done immediately in order to rectify this situation’.

Scammers also apply for and pocket payday loans using the details of a victim who has a ‘good credit score’. They put the cash onto a virtual prepaid bank card, which has fewer checks and does not require facial recognition.

Other tips include only using public wifi such as Starbucks’, having a separate burner phone or laptop, regularly switching sim cards and deleting your cookies and cache before ‘clicking’.

The TikTok scammer also posted videos from a day in the life of a ‘clicker’, showing off bundles of cash, a Rolex watch, eating in high-end restaurants and apparently emptying a victim’s online bank account.

TikTok removed the videos after it was alerted by the Mail with a spokesperson saying that the safety and wellbeing of our community was their ‘top priority’.

‘Our guidelines make clear that we do not allow content that promotes or enables criminal activities. Through a combination of technology and human moderation we remove content that breaches these guidelines,’ they said.

The British Retail Consortium said that retailers spent £160 million on cyber security in 2020.

‘Customers are legally protected against losses caused by unauthorised card fraud and the industry is taking action on all fronts to stop fraud from happening,’ said a spokesman for banking trade body UK Finance.

Banks constantly monitor for suspicious transactions and are introducing an extra layer of authentication for online payments to keep customers safe from fraud.

Without A Doubt, These Are The Best Knit Dresses For Fall