Coronation Street clairvoyant Rosemary Piper could have her true colours exposed next week as Roy Cropper searches for evidence against her.

Rosemary (Sophie Thompson) has sparked a very mixed response on the cobbles ever since she showed up in town and claimed to be able to speak to the dead.

After keeping her distance for a while, Rosemary pops up again next week after Gail Rodwell (Helen Worth) makes contact with her – wanting to get rid of Richard Hillman’s “curse” once and for all.

Troubled after her son David reveals the truth about his rape ordeal, Gail wonders why terrible things keep happening to her family and begs for Rosemary’s help. 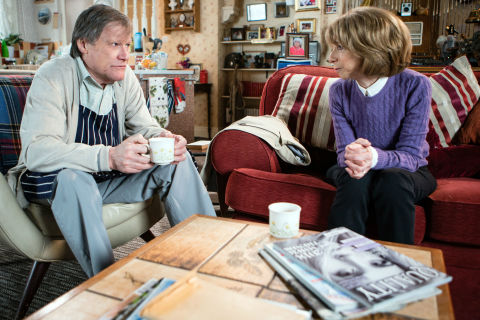 As Rosemary is demanding £3,000 in exchange for her supernatural services, Gail fills in a payday loan application and names Roy as her employer.

Gail hopes the company won’t follow up on the finer details, but Roy later receives a phone call from them and later questions Gail on exactly what’s going on.

Roy is horrified when he learns that Gail is prepared to give Rosemary such a large sum of money – especially when she’s putting herself in debt with a dodgy loan company to do so.

Despite his scepticism, Roy offers to lend Gail the money himself – on the condition that he can join her and keep a close eye on Rosemary. 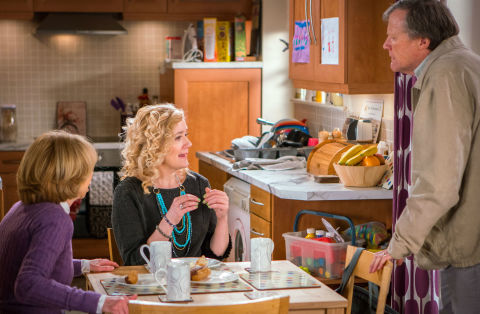 Predictably, Roy’s involvement sparks brand new tensions with Rosemary, as he believes she’s talking utter nonsense when she conducts a séance at the Platt house.

Roy is also disgusted when Rosemary claims to be in contact with Hayley and Alma, appearing to have an impressive amount of knowledge on both.

Despite this, Roy refuses to back down from his belief that Rosemary is a con merchant and that she must be getting her insider information from somewhere else.

Later in the week, Roy attends Rosemary’s latest psychic event, where her adoring fans are captivated by her messages from beyond the grave. 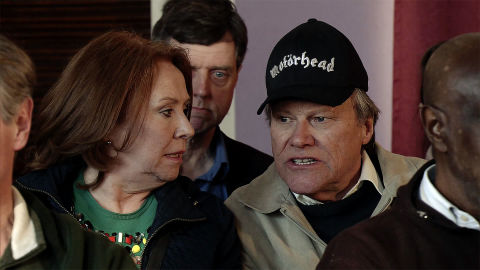 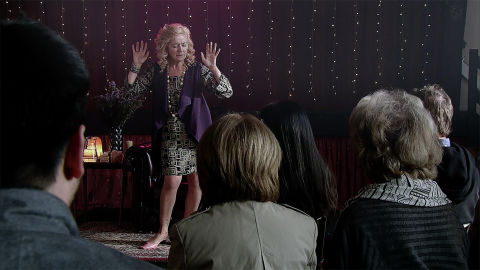 Unwilling to listen to Rosemary’s claptrap any longer, Roy slips out and goes in search of evidence. Will Rosemary be exposed thanks to Roy?

Coronation Street airs these scenes on Monday, June 4 and Wednesday, June 6 at 7.30pm and 8.30pm on ITV.

Digital Spy Soap Scoop video – hit play below for all the latest Coronation Street spoilers, as Phelan unleashes his revenge and Josh is finally arrested.