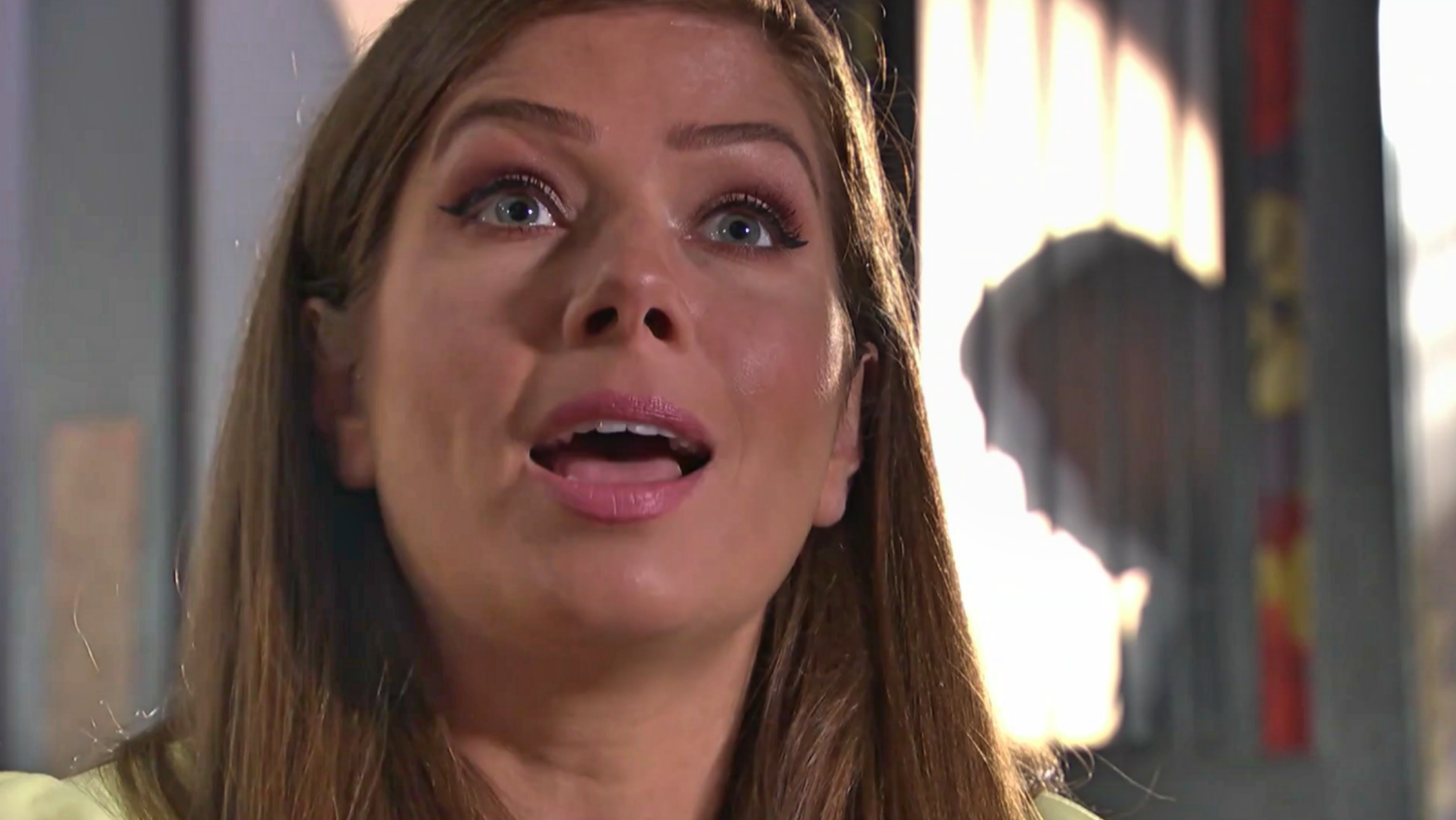 Maxine Minniver (Nikki Sanderson) was left in shock in Hollyoaks after her work textbooks were torn apart with a sinister note written on the pages.

The popular character is training to become a legal secretary, after Verity Hutchinson (Eva O’Hara) saw her potential and encouraged her to go for her dreams.

Verity imparted her wisdom with Max and gave her a loan of her valued textbooks in order to help with her studying.

Teresa McQueen (Jorgie Porter), however, interrupted Maxine’s study session to remind her of her blind date. Maxine headed to The Love Boat, where she subsequently spotted Eric Foster (Angus Castle-Doughty), putting two and two together.

The date was incredibly awkward, and Maxine told Eric that he was ‘lovely’, before adding that she thinks they should stay friends.

Eric, however, didn’t take this too well and struggled to keep his vile thoughts in check, as he berated Maxine, and resorted to some horrific comments in the process, before storming off.

Maxine was understandably left upset by the confrontation, and subsequently told Verity that her brother doesn’t have a clue how to speak to women.

Eric overheard her comments and followed her to the park, and when Maxine headed off to get another coffee, someone could be seen tearing pages out of her text books, before writing an incredibly demeaning and insulting comment on the pages.

Maxine was horrified and looked around her – but no-one was there.

Eric is most definitely the culprit, but the question is: will he get caught out? His mask is seriously starting to slip, so it’s seemingly a likely possibility.

Things, however, will take another shocking turn next week.

Hollyoaks continues Monday October 10 at 7pm on E4 or stream the next episode from midnight on All4.

Woman Reveals She Donated A Kidney To Her Boyfriend – Who Then Cheated & Dumped Her!