We will update these predictions throughout awards season, so keep checking IndieWire for all our 2023 Oscar picks. Nominations voting is from January 12 to January 17, 2023, with official Oscar nominations announced on January 24, 2023. The final voting is March 2 through 7, 2023.  And finally, the 95th Oscars telecast will be broadcast on Sunday, March 12 and air live on ABC at 8:00 p.m. ET/ 5:00 p.m. PT.

The State of the Race

For a film year so engrossed with blockbuster hits, one would think there would be more buzzy soundtrack cuts to help shake up the Oscar race for Best Original Song. Thank the lord for “Top Gun: Maverick,” which has given us the gift of a new Lady Gaga anthem.

Even if it has not had as much chart success as her average single, “Hold My Hand” is still currently the clear frontrunner for the award given its ties to Oscars history. Not only did Gaga just win the Best Original Song category in 2019 for “Shallow,” the original “Top Gun” also won the award in 1987 for the song “Take My Breath Away.” Even if “Hold My Hand” isn’t a phenomenon in the same way as the aforementioned songs (both went to No. 1 on the Billboard Hot 100), the track does live up to the hype surrounding it.

Yet the song that is Lady Gaga’s biggest competition in this category had a greater impact on its film becoming a phenomenon. The “Naatu Naatu” sequence in Tollywood blockbuster “RRR” has been clipped and shared widely on social media, serving as the best advertisement for Americans to go see the three-hour-long, action-packed historical epic this summer. Though the Oscars generally overlook the vast Indian film industry, “Naatu Naatu” scratches a similar itch to the 2009 Best Original Song winner “Jai Ho” from “Slumdog Millionaire,” and even has the exuberant dance number readily available on YouTube, where it has over 21 million views.

Another buzzy dance sequence arrives at the tail-end of Noah Baumbach’s “White Noise” with “New Body Rhumba,” marking the first LCD Soundsystem song in five years. It shouldn’t be counted out of the Best Original Song race, especially when extra points are usually given to music incorporated into the film itself. 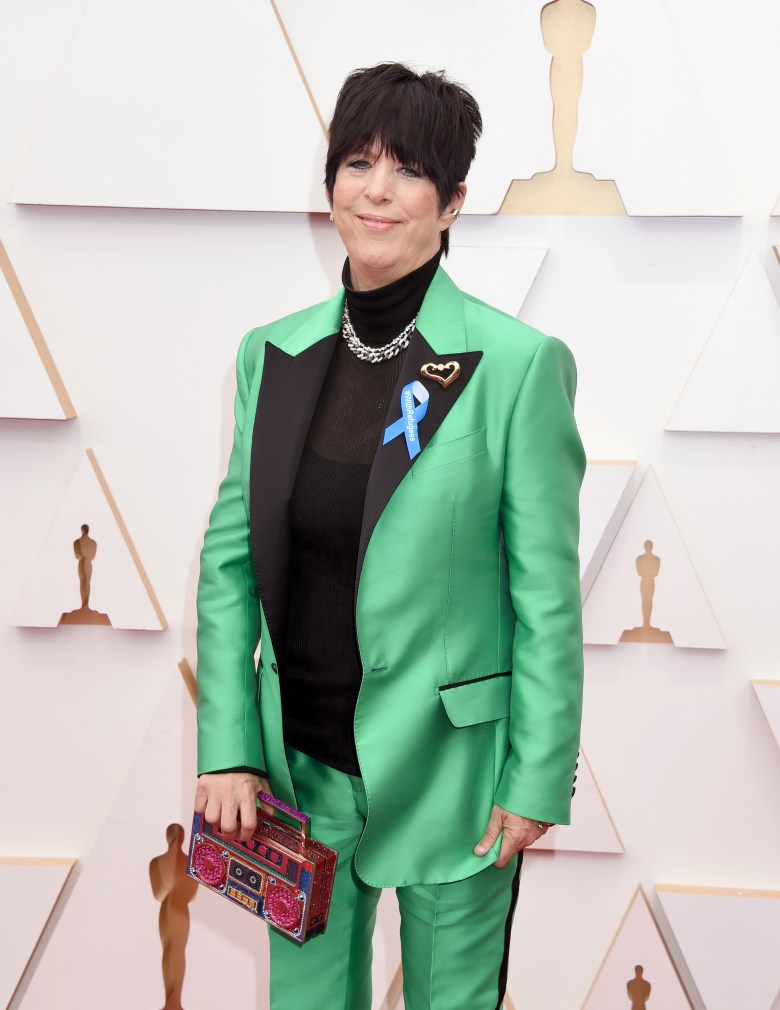 Meanwhile, one of this year’s honorary Oscar winners has a contender of her own: Diane Warren is in the conversation, even if the film she composed for has been seen by very few people. She has had 13 nominations in this category, with seven of them happening within the past decade, so if any other song loses momentum during awards season, this might be the year she actually wins. However, Billie Eilish and Finneas O’Connell could just as easily beat her two years in a row — they’ve gone from winning the Oscar for a Bond theme to composing this year’s earworm contender “Nobody Like U,” a boyband era throwback written for the lovable Pixar movie “Turning Red.”

In terms of snubs, it’s hard to say if Taylor Swift will receive her first ever Oscar nomination for “Carolina,” written for this summer’s biggest sleeper hit “Where the Crawdads Sing.” But it is surprising that one of the most decorated musicians working today, and the only woman with three Grammys for Album of the Year, has been overlooked by the Academy for so long. She has steadily made music for film, and even has won a Grammy for Best Song Written for Visual Media, but “Carolina” just did not hit with audiences in the way her music drops usually do, so it would be a little odd for this one to be the soundtrack cut that finally gets her to the Dolby Theater.

Finally, we still haven’t gotten a taste of the soundtracks for “Black Panther: Wakanda Forever,” “Babylon,” and “Avatar: The Way of the Water.” All three of those movies are from filmmakers who have projects with Best Original Song nominations. The latter two have made the films that won the Oscar, so count this as another category that Ryan Coogler, Damien Chazelle, and James Cameron could overhaul with the release of what could end up as their most ambitious films yet.

Contenders for the shortlist are listed in alphabetical order. No film will be deemed a frontrunner until we have seen it.

Contenders:
“At the Automat” — Mel Brooks (“The Automat”)
“We Are Art” — Annalaura di Luggo & Paky Di Maio (“We Are Art: Through the Eyes of Annalaura”)
“New Body Rhumba” — James Murphy (“White Noise”)
“Dust & Ash”— J. Ralph (“The Voice of Dust and Ash”)
“(You Made It Feel Like) Home” — Trent Reznor and Atticus Ross (“Bones and All”)
“Turn Up The Sunshine”— Diana Ross and Tame Impala (“Minions: The Rise of Gru”)
“Carolina” — Taylor Swift (“Where the Crawdads Sing”)
“Applause”— Diane Warren (“Tell It Like a Woman”)

What happened to Zsalynn Whitworth from My 600-lb Life?

How Many Episodes Will ‘Generation’ Season 1 Have? HBO Max Is Switching It Up

Stars and Scars — You Be the Judge