The half-naked man, who was filmed by a friend at a London branch over the weekend, seemingly broke down after he received two drinks without food. 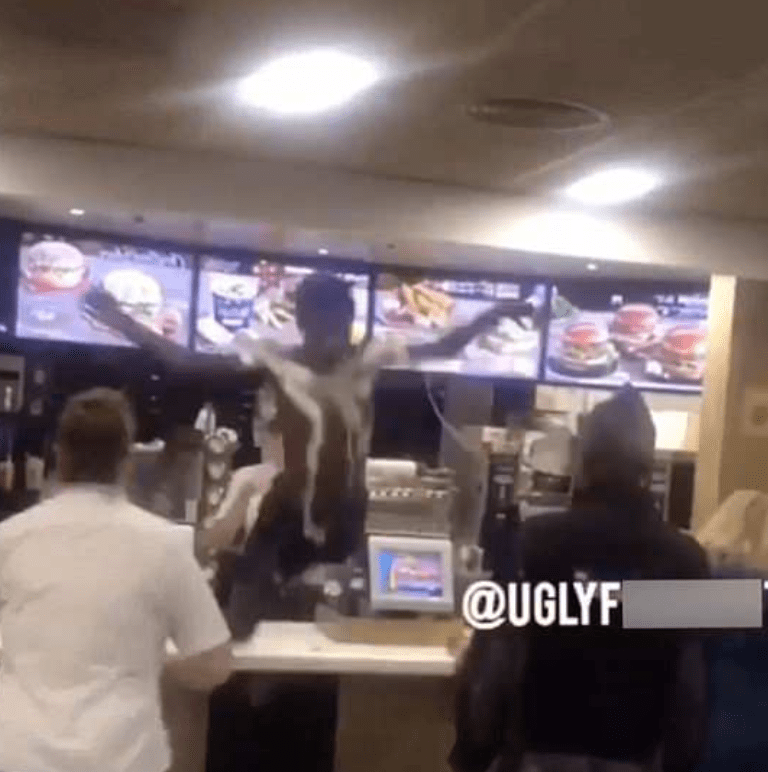 The video begins with the male, wearing a black Nike hoodie and joggers, clapping his hands together shouting: "Everybody, everybody I want you to see, I done with this hating b***hes!”

He then yells “I’m f***ing” done and takes off his trousers and shoes so he's left wearing just his boxer shorts.

A McDonald's employee notices his striptease and orders him to put his clothes back on, saying: “Excuse me, can you get dressed."

But the man completely ignores the staff member and picks up two milkshakes – which seem to be the only items he has received in his fast food order. 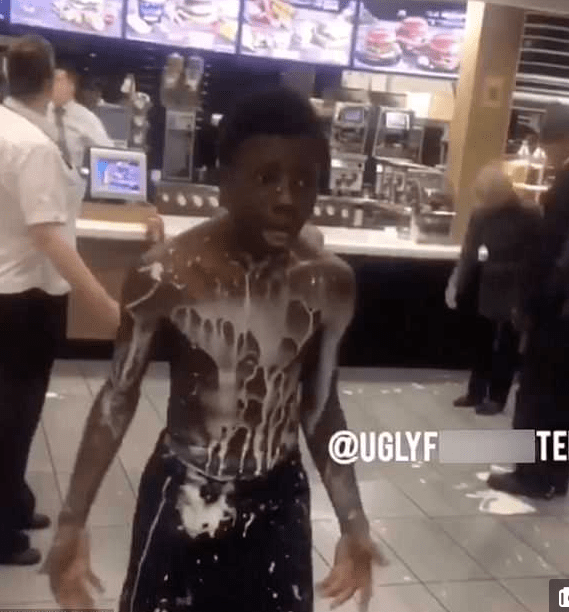 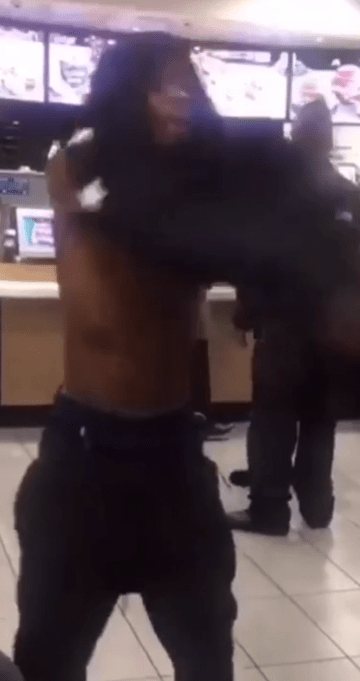 As shocked customers watch and gasp, the man leaps on to the counter whilst holding a milkshake in each hand and shouts: “I’m f***ing done!” before smashing the two milkshakes together in anger.

The half-naked male – who is now strewn with milkshake – picks himself off the ground.

He circles the restaurant in fury and yells: “I’m done! I’m done with these people hating on me! I’m f***ing done. I’m done. I said I’m done!”

Whilst muttering the words “I’m done” again, the man picks up his clothes off the floor and appears to start exiting the Mcdonald's restaurant.

It is unclear from the footage whether his outburst is genuine or a prank.

The video has been circulated across social media and generated thousands of shares.

Kieren M said “This is just a d**k move on staff”.