Australians are familiar with holiday frustrations: queues at theme parks, traffic jams at the beach, competition for Boxing Day bargains.

But this year, some unlocked a new source of stress: long delays to recharge electric cars. 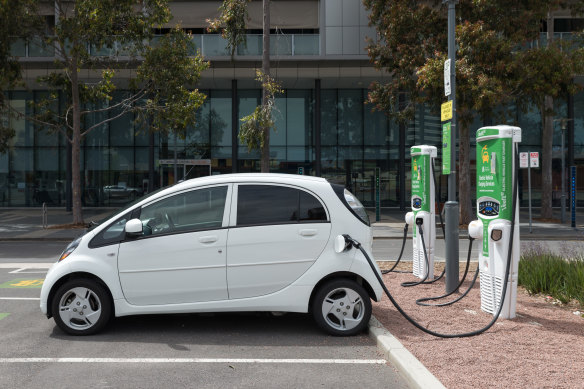 Until now, many car-charging sites had been underused as drivers charged their vehicles at home.

Queues outside some charging stations dominated car parks in the week after Christmas, with Tesla vehicles stacked side by side and drivers forced to wait up to 90 minutes to get back on the road.

The chaotic scenes played out in regional areas between capital cities as electric vehicle owners set off on big road trips, some for the first time.

But in spite of record queues, experts say the experience might ultimately benefit the industry and future electric car owners.

Some say it provided the first “real-world data” into charging hotspots and the upgrades needed to ensure Australia’s electric transport future. 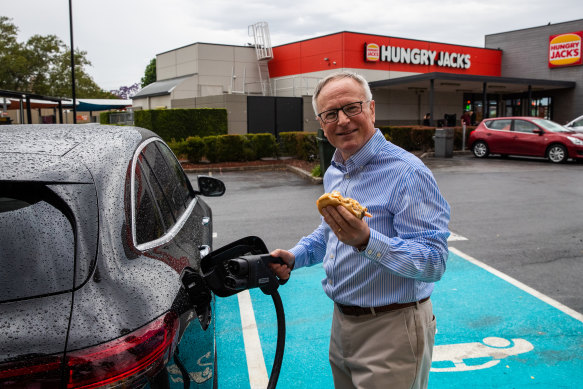 Evie Networks’ Chris Mills says this holiday season was the first in which there were enough electric cars on the road to cause congestion at charging stations.Credit:Edwina Pickles

For others, it highlighted the work that still needs to be done by businesses and governments before electric cars can be widely adopted.

Both camps agree Australia’s electric vehicle infrastructure has a long road ahead.

Evie Networks chief executive Chris Mills is one of those who is upbeat about the thoroughly modern traffic jam.

“This year was the first year where there were enough electric cars on the road for anyone to have experienced congestion,” he said.

“Don’t get me wrong, I am not minimising the frustration people felt, but this will be the first year where we have enough data that we can plan for this next year.”

Mills said the company’s network of 100 chargers between Townsville and Tasmania saw “the four biggest days [of charging] in recorded history”, with demand peaking on December 29.

“It’s good to see that electric drivers were getting out there on their holidays and feeling confident they could drive around rather than only using their vehicles in capital cities and then jumping in a petrol car,” he said.

“The mentality is changing. People are feeling more confident about doing that, and that comes from the expansion of networks around the country.” 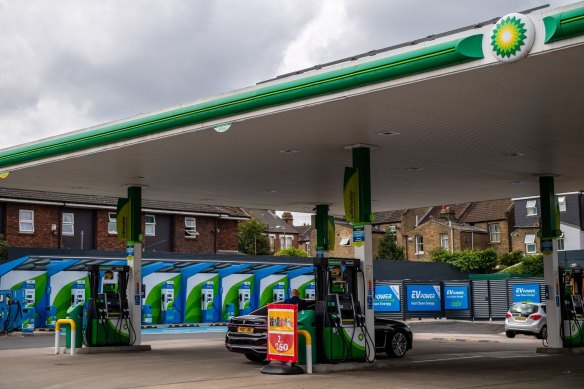 Patrick Finnegan, of independent charging station operator Charge Star, says the most efficient way to roll out electric vehicle charging would be through existing petrol stations.Credit:Bloomberg

But the record-breaking behaviour was more than just proof that electric cars were popular, Mills said. It also provided valuable insights into where more facilities were needed.

Traffic information delivered only limited clues to which charging points would be popular, he said.

Case in point: an Evie charging station at Coomera in Queensland, a short distance from Australia’s most popular highway, had so far recorded only modest use.

“This will allow us to do congestion modelling with real-life data to tell us where we should upgrade sites rather than just guessing,” Mills said.

Tesla Owners Club of Australia national president Peter Thorne said getting the locations of chargers right was imperative in Australia, where demand for electric cars was rising.

“[Providers] have the opportunity to step up and get charging right now,” he said.

“It’s really only in the last year that EVs have started to take a good hold in Australia, and the infrastructure is going to have to catch up with that.”

More than 33,000 electric vehicles were sold in Australia in 2022, according to the Federal Chamber of Automotive Industries – almost double the number sold in 2021.

Thorne said many car-charging sites had been underused so far, as drivers charged their vehicles at home or at holiday destinations. But many drivers now wanted to take their cars further.

“The biggest request from our members at the moment is for Tesla Superchargers to start reaching some remote areas and to get off the well-beaten track and really start to widen the scope of EVs,” he said.

“We do need more chargers out there.”

These locations, particularly along highways, would be in high demand during holiday periods, she said, but may not be busy enough during the rest of the year to suit commercial providers.

“The federal government has a big role to play in making sure [electric vehicle charging] is consistently available where people need it,” Rayner said.

“That should mean really popular highways that people are using during the summer season. That’s where there’s going to be peak demand.”

State governments, including those in Queensland and New South Wales, have issued grants to deploy electric vehicle chargers in regional locations, and the issue of funding more charging stations was discussed in the National Electric Vehicle Strategy consultation paper last year.

Patrick Finnegan, director of independent charging station operator Charge Star, said government funding would be needed to ensure chargers were located in holiday hotspots, and that they were properly maintained.

“It’s difficult to get the utilisation required to get a payback on that initial investment,” he said.

Finnegan said the most efficient way to roll out electric vehicle charging would be through existing petrol stations, where power, lighting, retail stores and bathrooms were already secured.

“We’ve already got locations along the freeway at petrol stations,” he said.

“All you’ve got to do is set up a grants program, lay out the criteria for it, and let people apply.

“It’s the cheapest way of doing it because a lot of petrol station sites have excess power for a car wash, which normally takes 50 kilowatts. The infrastructure is already there.”

Whatever approach governments and providers choose, a larger network will take time to establish.

Electric vehicle charging stations typically take 18 months to plan and install, and Mills warned EV drivers would have to make allowances on road trips this year.

But along with growing numbers of electric vehicles, Mills said the number of chargers was already set to grow.

Energy giants BP and Ampol have announced plans to roll out charging networks in Australia, Ausgrid will install up to 30,000 pole-mounted chargers by 2029, Tesla has closed submissions for more local Supercharger locations, and Evie Networks plans to add up to 120 charging sites this year.

“While the number of electric cars will double, the number of sites will also probably double, and we’ll have much better data enabling us to plan for upgrades,” Mills said.

Here’s how Wolfgang Puck’s restaurants have responded to inflation