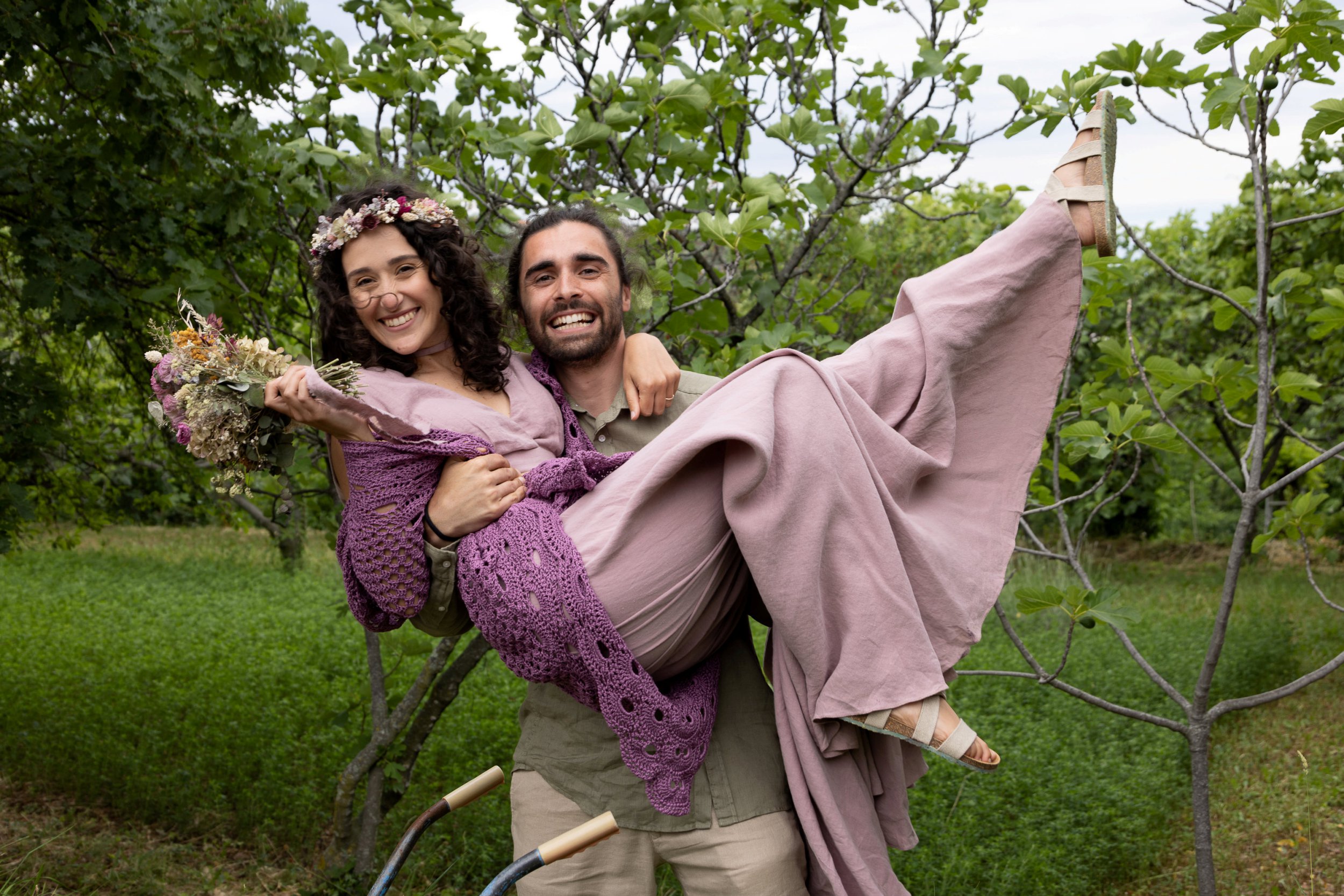 A thrifty couple claim to spend just £8 a month on water bills after ditching loo roll and re-using their shower water.

Anna Masiello, 28, and husband Diogo, 29, aim to lead a zero-waste lifestyle by swapping old clothes with friends, using shampoo and soap bars and opting for a plant-based diet.

They decided to stop using toilet paper in May and instead clean themselves with a portable bidet made from a water bottle with a small shower head attached.

The couple also save their shower water in jars, which they clean using charcoal filters so it can be used again later for drinking, cooking and watering plants.

They say the move away from loo roll has saved 14,000 litres of water which would have been used in the manufacturing process, while reusing using shower water has saved another 600 litres.

Anna, an eco-influencer from northeast Italy, said: ‘It wasn’t hard to ditch loo roll – you’d be surprised how easy it is to go without it.

‘So many people were confused by the concept of the portable bidet. When I shared it on social media, someone even commented they would rather die than use one.

‘There’s a bottle that you fill up with water – you attach a small shower-style head to and release water to wash yourself with.

‘You simply wipe your privates with a towel after you are done. It’s perfectly clean and hygienic.’

The sustainability advocate explained the average person gets through 100 rolls of toilet paper per year, which uses 14,000 litres of water when it’s made.

To re-use shower water, they place a four-litre jar with a charcoal filter in underneath the head until it’s hot enough to get into – saving the excess to be used elsewhere.

Anna says she started her ‘zero-waste journey’ by looking at how much waste the couple produced and then doing everything they could to reduce it.

Now, she says, they only use one black bag-full every six months.

Her other tips include using bamboo toothbrushes, having meatless Mondays to try and reduce your carbon footprint, and collecting the synthetic fibres from washing to stop them going into the ocean.

‘We just do what we can and what works for us,’ Anna said.

‘I recommend people start with what is important to them, whether that’s food fashion and waste and then go from there.’