Son’s attempt to sue his parents is THROWN OUT by judges: Court of Appeal rejects unemployed Oxford graduate lawyer’s legal bid to force his ‘enormously wealthy’ parents to pay him maintenance for life

An unemployed Oxford graduate has had a landmark legal bid to force his ‘enormously wealthy’ parents to pay him ‘maintenance’ for life thrown out by top judges.

Faiz Siddiqui, 41, who trained as a lawyer with a top legal firm, says he is completely dependent on his elderly mother and father.

For years they have given him handouts and put him up rent free in a £1million flat they own near Hyde Park.

But after a family falling-out, his ‘long-suffering’ parents, who live in Dubai, cut their support.

Mr Siddiqui – backed by top human rights lawyers – sued his parents in a first-of-its-kind test case in the UK.

But now judges in the Court of Appeal have thrown out his claim, saying that married parents have ‘no legal duty to support their adult children’. 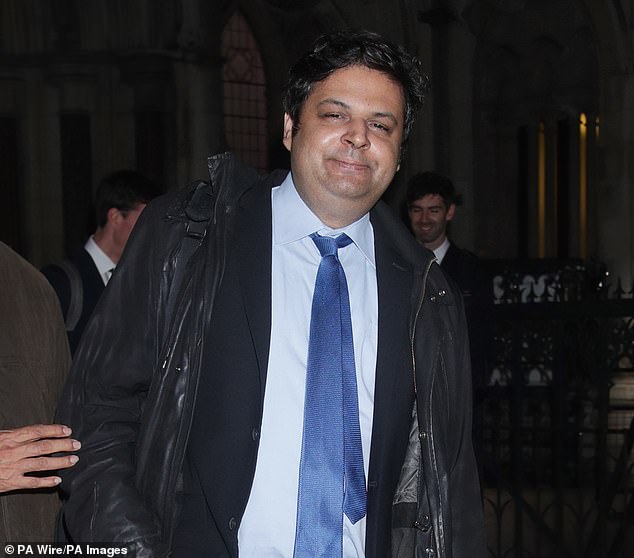 Faiz Siddiqui (pictured in 2017) , 41, who trained as a lawyer with a top legal firm, says he is completely dependent on his elderly mother and father

What is a test case?

A test case is a legal challenge used to test a definition of law with disputed meaning and or intent.

Tests cases are full legal challenges and the word ‘test’ is used in relation to the fact the cases tests an element of law.

They are important cases, because the outcomes of test hearings have significance not only for the person bringing the case but for many others.

That is because the outcomes set precedents which can be used in future hearings.

Therefore test cases have a significant wider public interest beyond those directly involved in the hearings.

Test cases seek to challenge the lawfulness of legislation or how the legislation is being applied, obtain a ruling on an untested point of law, or overturn or confirm a prevailing judicial interpretation.

The Court of Appeal heard Mr Siddiqui has a degree in history from Oxford’s Brasenose College and a masters in taxation, and is qualified as a solicitor.

He has practised at top law firms including Burgess Salmon and Field Fisher Waterhouse.

Mr Siddiqui also worked at Ernst & Young as a tax advisor, but has been unemployed since 2011.

For 20 years, he has been put up by his rich parents in their apartment near Hyde Park. They have also given handouts to cover his bills and other outgoings.

But the court heard how his relationship, particularly with his father, ‘deteriorated’ in recent years.

The financial support they are willing to provide Mr Siddiqui has ‘significantly reduced,’ the court heard.

Mr Siddiqui, who went to a Berkshire grammar school, claimed that his parents’ handouts ‘nurtured his dependency’ on them for 20 years.

He claimed that, in cutting their financial support, they left the state to deal with the consequences.

He last year launched a case against his parents, claiming maintenance. But he saw it kicked out by the country’s senior family court judge, Sir James Munby.

The test case then went to the Court of Appeal for the country’s top judges to decide.

His barrister Hugh Southey QC argued that Mr Siddiqui is entitled to apply for maintenance under the 1989 Children’s Act because he is a ‘vulnerable’ adult due to health issues. 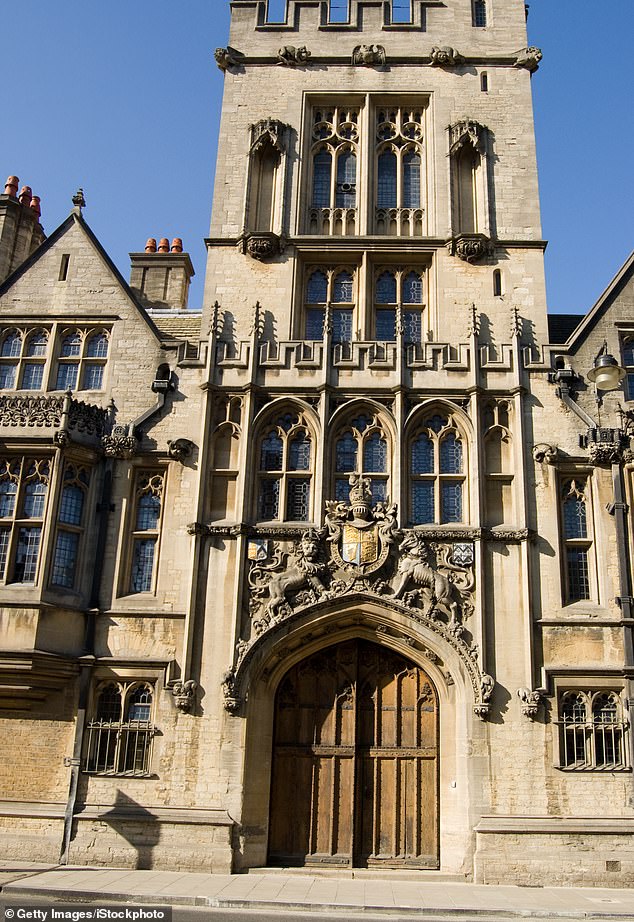 In 2018, Mr Siddiqui, who studied at Brasenose College (pictured), Oxford, tried to sue his former university

And although the act says an adult child cannot make a claim if their parents are still living together, Mr Southey said that would discriminate against the children of still married parents like Mr Siddiqui and so is a human rights violation.

They said they did not want to give him any more than the £400-a-week they were currently providing.

Their barrister Justin Warshaw QC argued that allowing the claim to proceed would result in the floodgates being opened to thousands of adult children who are either vulnerable or planning further education and want cash from their parents.

‘What Mr Siddiqui seeks is to foist a relationship of financial dependency on parents who do not wish that relationship to continue,’ he said.

‘These long-suffering parents have reached their own view of what is suitable provision for their difficult, demanding and pertinacious 41-year-old son.

‘They pay for his utilities and give him £1,500 or so each month. That is their choice. The state cannot and should not be interfering in that decision.

‘It would fundamentally alter the relationship between the state and cohabiting/married parents, enabling all adults to litigate against their parents, whether their parents are cohabiting or not, where an adult asserts that they are contemplating higher education or where there are special circumstances.’

‘Parliament – and Mr Siddiqui’s parents – do not consider that a child, particularly an adult child, should be able to litigate against their parents where there is a dispute between child and parent as to the level of support offered by the parents.

‘Mr Siddiqui, wrongly, assumes that he is entitled to provision from his parents as of right. This is wrong.’

He added: ‘His skeleton argument is littered with emotive references to “child and “children”.

‘To be clear, this is a man in his 40s, seeking financial support from his elderly parents – 69 and 71 years old, respectively. 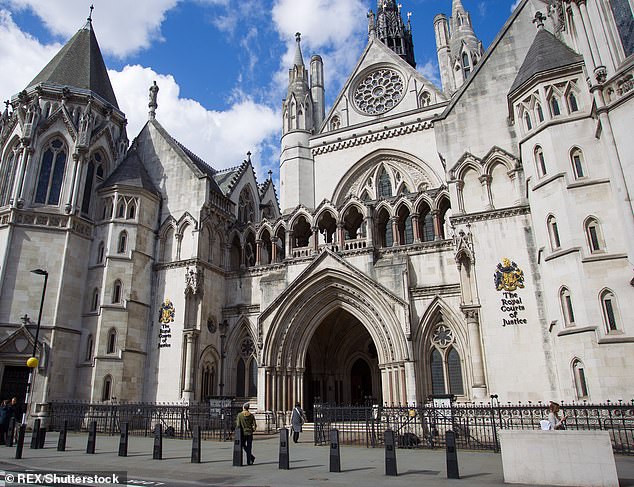 The Court of Appeal (pictured: The Royal Courts of Justice in London) heard Mr Siddiqui has a degree in history from Oxford’s Brasenose College and a masters in taxation, and is qualified as a solicitor

Backing that argument and throwing out the son’s case, Lord Justice Underhill said: ‘It is the considered policy of Parliament that parents may only be ordered to provide support to their adult children in the context of relationship breakdown and that there should be no general discretionary power to require the provision of such support outside that context.’

He said it was ‘plainly Parliament’s view, reflecting understood social norms, that – whatever the moral position might be – parents should be under no legal duty to support their adult children, however grave their need. Judgements of that kind are peculiarly a matter for Parliament.’

He said Mr Southey, for the son, had submitted that society had ‘moved on’ in its understanding of the relationship between parents and their adult children, but had offered ‘no evidence’ to support the claim.

He continued: ‘Even if there were some basis for it – which I doubt – I do not consider it remotely arguable that attitudes have changed in a way that would require us to hold that it was manifestly without reasonable foundation that adult children should be unable to claim financial support from their parents outside the parameters of that legislation.’

Agreeing and dismissing the son’s appeal, Lord Justice Moylan said the son’s case, if successful, would constitute a ‘very considerable invasion of his parents’ right to respect for their private and family life’, under Article 8 of the European Convention on Human Rights.

‘The creation of a right for all children to bring claims against their parents, if there are ‘special circumstances’, would be a very novel use of Article 8 and a use which is unsupported by any authority or principle,’ he said.

‘The appellant is not treated differently because of his health status or disability. They are not relevant features in the context of this case.’

Lord Justice Dingemans agreed with the judgments of the other two judges and Mr Siddiqui’s appeal was rejected.

OnePlus 7 could be a major disappointment and here’s why