An alleged FBI fugitive who is accused of faking his own death and fleeing to Scotland to avoid a rape charge in the US has claimed he is coughing up blood in prison.

The man, who is 35, has claimed his name is Arthur Knight, but US prosecutors say he is rape suspect Nicholas Rossi.

He appeared via video link at Edinburgh Sheriff Court on Thursday in the latest stage of his extradition battle, wearing an oxygen mask and in a wheelchair.

Defending, Ross Jenkins told Sheriff Kenneth Maciver that his client, who is in HMP Edinburgh, had asked him to pass on concerns about ‘his physical wellbeing and mental wellbeing’.

He added that his client had been ‘coughing up blood’ and that the defendant felt he needed ‘urgent medical attention’ which he had been denied within the prison. 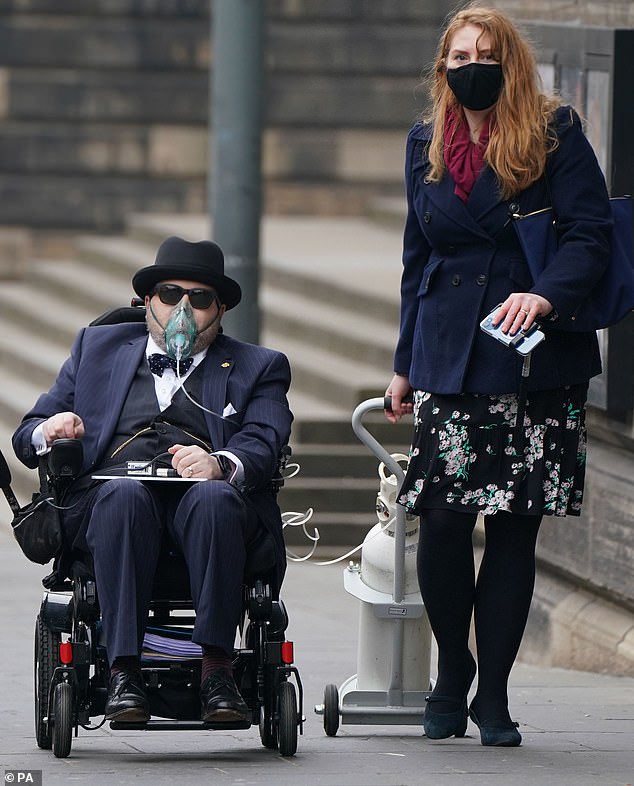 The man, who is 35, has claimed his name is Arthur Knight, but US prosecutors say he is rape suspect Nicholas Rossi. Pictured: The alleged FBI fugitive (left) arrives at Edinburgh Sheriff Court for a preliminary hearing on April 21 with his wife Miranda Knight 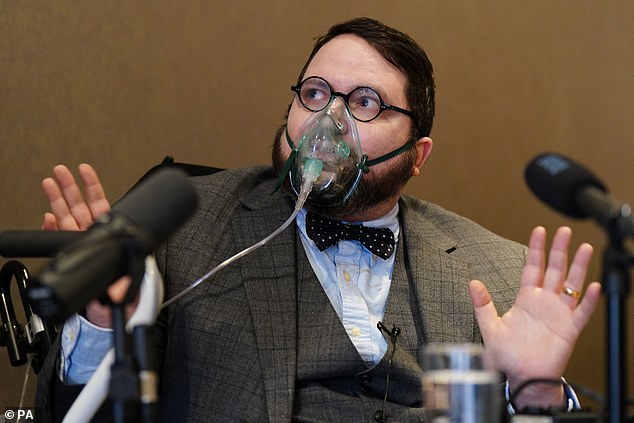 He appeared via video link at Edinburgh Sheriff Court on Thursday in the latest stage of his extradition battle, wearing an oxygen mask and in a wheelchair. Pictured: The alleged rape suspect giving a press conference on April 7

Mr Jenkins also told the court his client was ‘constantly referred to as another person’ whom the 35-year-old insists he is not.

The 35-year-old is said to have fled to Scotland and faked his own death in order to evade a rape charge.

Utah prosecutors have accused the man of raping a 21-year-old in 2008 and it is alleged that he attacked women elsewhere in the United States.

But the man has said he is a victim of mistaken identity and that he has never been to America.

The hearing was attended by the man’s wife, who listened to how proceedings against him would continue as she sat at the back of the court.

Edinburgh Sheriff Court was told that more work needed to be done on the case before it could progress further.

Sheriff Maciver remanded the man in custody to next appear in court on September 1.

It comes after the court was told earlier this month that the man, who had represented himself, instructed a solicitor to take the case on.

A Scottish Prison Service spokesperson said: ‘The health and wellbeing of those who live in our establishments is of paramount importance.

For guidance, since 2011, health care services within SPS establishments have been delivered by NHS Scotland. 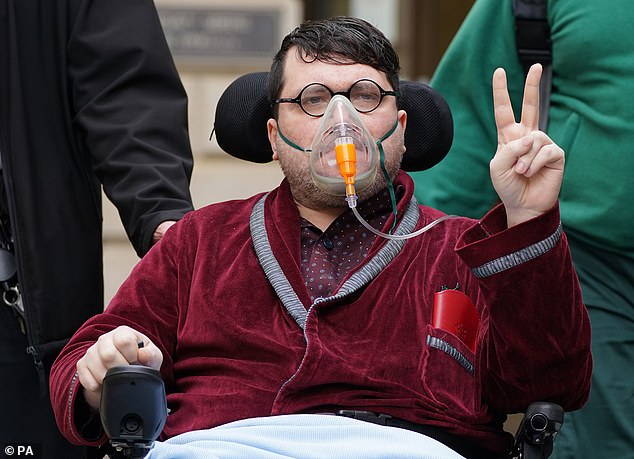 The 35-year-old, pictured leaving court in July, has been remanded in custody to next appear in court on September 1

Netflix Projects ‘Squid Game’ Will Generate $891 Million in Value, According to Leaked Data