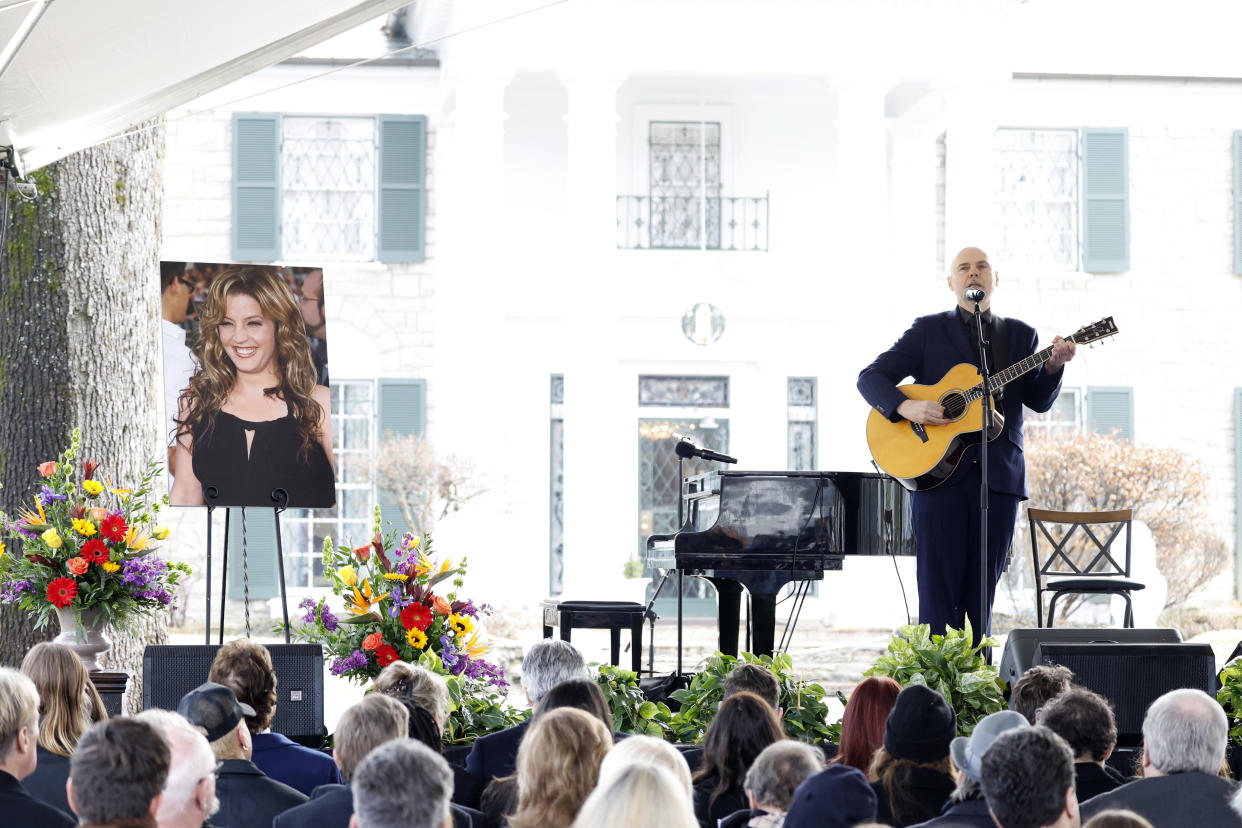 Family, friends and fans honored the life of Lisa Marie Presley at her public memorial service on Sunday. The daughter of Elvis and Priscilla Presley died on Jan. 12 at age 54 after going into cardiac arrest, though an official cause of death has not yet been determined.

Titled "A Celebration of the Life of Lisa Marie Presley," the memorial service was held at Graceland in Memphis, Tenn., the iconic home made famous by her parents.

Presley's family members, including mother Priscilla and actress daughter Riley Keough, were joined by Sarah Ferguson, Austin Butler, Axl Rose and several other celebrities who honored the late recording artist with a touching service filled with music and memories.

During his opening remarks, film producer Joel Weinshanker told the crowd that Presley had specifically requested one thing at her funeral: "Don't make it sad."

"Lisa, we will try to honor your wish today," added Weinshanker, People reported.

Priscilla Presley also took the stage and announced that she would read something written by her granddaughter — presumably Keough, the oldest of Presley's three daughters — to that "says it all."

"'I have no idea how to put my mother into words. Truth is, there are too many. Lisa Marie Presley was an icon, a role model, a superhero to many people all over the world, but Mama was my icon, my role model, my superhero — in much more ways than one,'" Priscilla shared, People reported. "'Even now, I can't get across everything there is to be understood or known about her, but as she always said, I'll do my best.'"

Priscilla concluded the speech by sharing "our heart is broken. Lisa, we all love you."

Ferguson, a close friend of Presley's, challenged the audience to "stoke our flames within to celebrate extraordinary Lisa Marie."

She went on to quote the late Queen Elizabeth, saying: "My late mother-in-law used to say that nothing can be said, can begin to take away the anguish and the pain of these moments because grief is the price we pay for love, and how right she was." 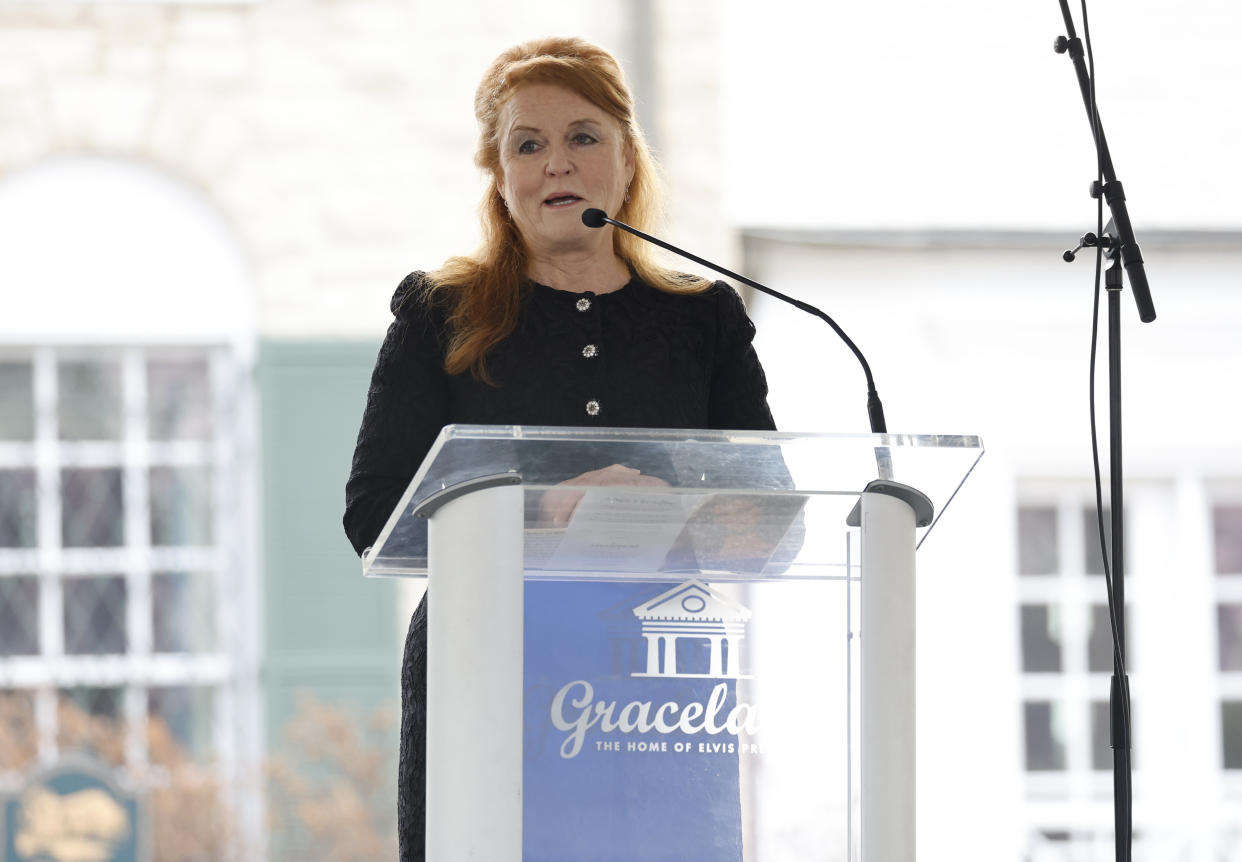 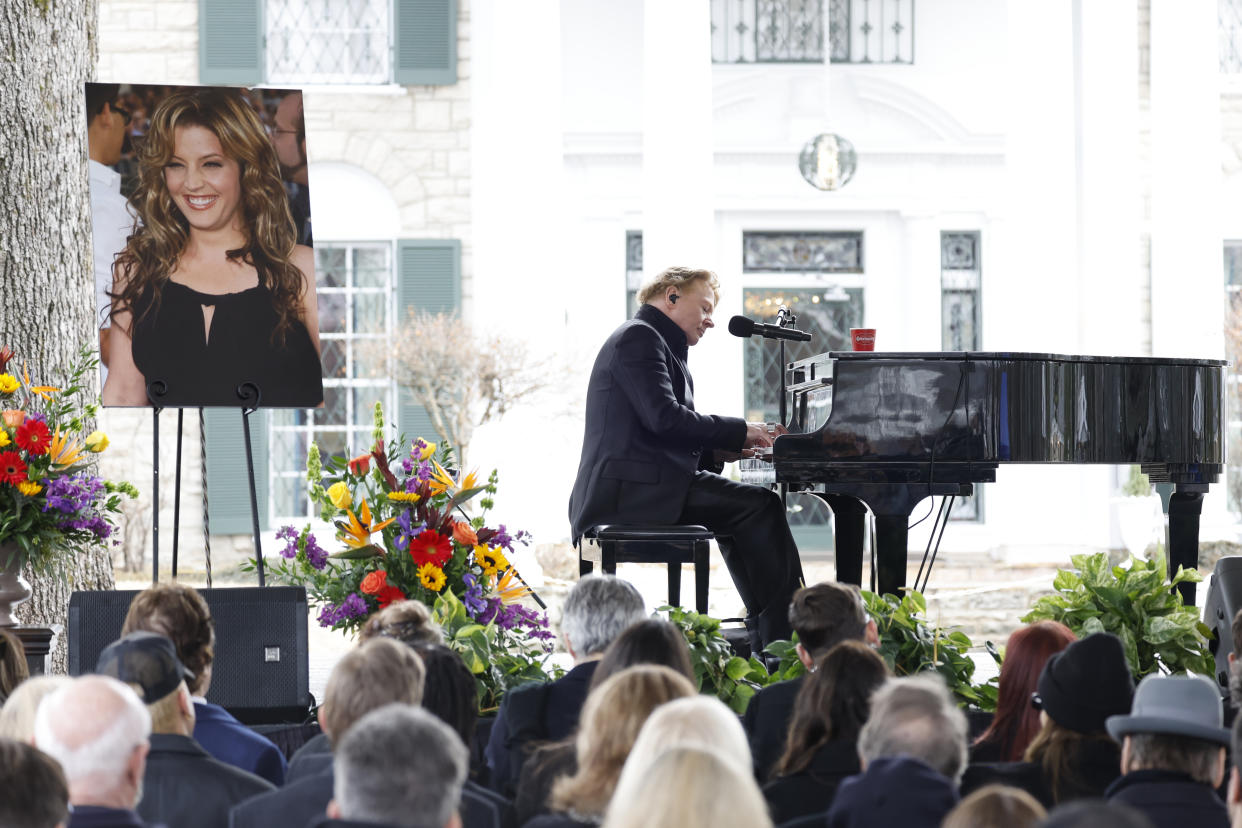 Austin Butler, who portrayed Elvis Presley in the recent film Elvis, was also in attendance. He previously spoke out after Lisa Marie's death, releasing a statement professing his grief for her loved ones over the loss.

“My heart is completely shattered for Riley, Finley, Harper and Priscilla at the tragic and unexpected loss of Lisa Marie,” Butler said, referring to Presley's three surviving children and her mother, Yahoo Entertainment previously reported. “I am eternally grateful for the time I was lucky enough to be near her bright light and will forever cherish the quiet moments we shared. Her warmth, her love and her authenticity will always be remembered”

In the event's program, the Presley family shared a message of gratitude for the overwhelming outreach following Lisa Marie's death.

"We would like to express our heartfelt gratitude for the love, compassion and support you have shown our family during this difficult time," the message read. "We will always be grateful."

Presley will be buried next to her son, Benjamin Keough, who died by suicide in 2020 at age 27, and close to her famous father's final resting place.

Presley was pronounced dead on Jan. 12, just two weeks away from her 55th birthday. She went into cardiac arrest at her home in the Calabasas-Agoura Hills neighborhood two days after her high-profile appearance at the Golden Globe Awards.

"It is with a heavy heart that I must share the devastating news that my beautiful daughter Lisa Marie has left us," said Priscilla.

I quit my high-flying job to make candles – now I earn £56k a month, people have are desperate for them in the pandemic

Use BT, Sky or Virgin Media? 5 brilliant broadband tips that will reduce your monthly bill