Unlike households, businesses have no price cap on their energy bills and many are being hit with huge increases – in some cases eight times higher.

Firms across the high street, as well as schools, care homes, hospitals and other vital services, are sounding the alarm. Allies confirmed that the PM was considering two options to help struggling firms – a cap on energy costs, akin to the plans to protect households, or a unit price reduction that all energy suppliers must offer companies.

The Government would reimburse energy suppliers for their losses and small businesses could get extra support. 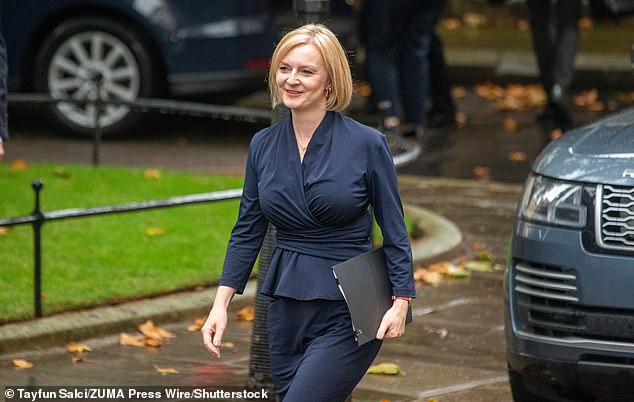 Miss Truss is planning to freeze household energy bills at around £2,500 for two winters as part of a package worth around £100billion.

She will announce the package of business support in a statement to the Commons on Thursday, along with her help for families.

Sources said the package of business support is likely to last for at least six months.

It is likely to be cheaper than the proposals to help households because industrial users can usually negotiate lower energy prices.

One person familiar with the discussions said that the business element was the ‘most fluid’ part of her energy support package.

It is being drawn up by Jacob Rees-Mogg, who was last night appointed as Business Secretary, according to The Financial Times.

Many businesses renew their energy contracts in October, and the industry has been calling for help before then. 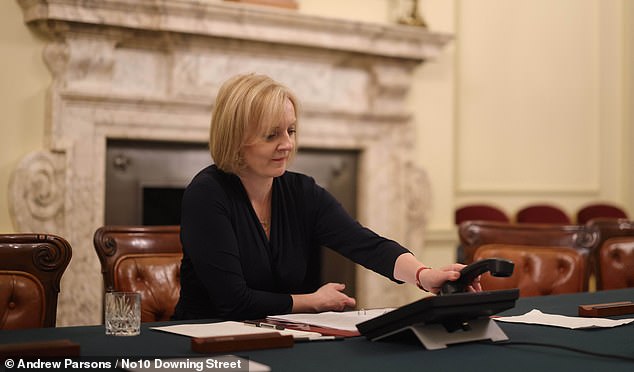 Miss Truss (pictured Tuesday) is planning to freeze household energy bills at around £2,500 for two winters as part of a package worth around £100billion. She will announce the package of business support on Thursday, along with her help for families

FSB policy and advocacy chairman Tina McKenzie said: ‘Small firms cannot hedge or get money off bills like larger firms, don’t currently have the protection of the consumer cap, and many are staring closure in the face.

‘Limiting the rises in business bills – as well as cutting business rates and providing direct support – would help and show the new PM is rising to the demands of the moment.’

Alex Veitch, of the British Chambers of Commerce (BCC), added: ‘It is encouraging that the Government is seriously considering the support it can give to businesses during these very difficult times.

‘But it remains to be seen whether these plans will go far enough in offering the help that many firms so desperately need.’

The BCC warned last week that up to two thirds of pubs may have to shut their doors because of soaring bills.

Ruby McGregor-Smith, the group’s head, said: ‘We cannot be in a situation where more and more businesses are shutting down because of costs that are absolutely outside their control. They cannot get support in any other way, it’s not as if they can borrow the money.’

Can you spot which breakfast is healthier?