Liz’s team are in line for honours… after just 44 days work: Aide ‘pushed for advisers to get knighthoods’ following seven weeks in the job with ex-PM in line for £115k-a-year as she puts her out of office on

Liz Truss could shower her closest allies with knighthoods and peerages as part of a controversial resignation honours list despite serving as Prime Minister for less than two months.

Mark Fullbrook, the former premier’s chief of staff, is understood to have suggested she reward her outgoing staff and advisers with gongs.

Key members of Miss Truss’s team and senior donors could receive knighthoods or peerages regardless of her disastrously short tenure.

Those in line to receive honours could include Mr Fullbrook, and special adviser Jason Stein, who was suspended last week over a critical briefing about Sajid Javid.

It was also suggested last night that Fullbrook had pushed for an honour himself, but this was denied by sources close to the former adviser.

Downing Street sources insisted it would be following convention for an outgoing Prime Minister to issue such a list. Opposition parties have already widely rounded on the suggestion.

Willie Sullivan, of the Electoral Reform Society, said: ‘If Liz Truss chooses to pack the Lords with new peers on leaving office, it will only further damage Westminster’s legitimacy at a time when public faith in politics is already stretched to the limit.’ 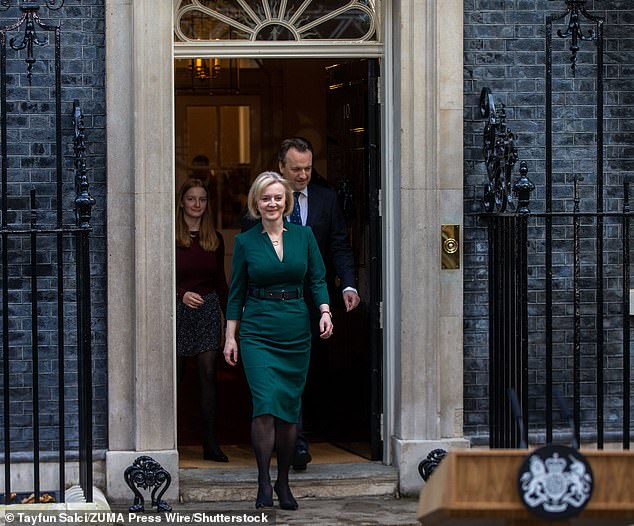 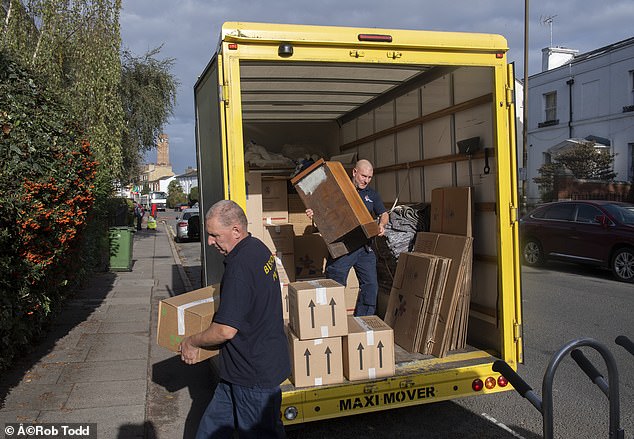 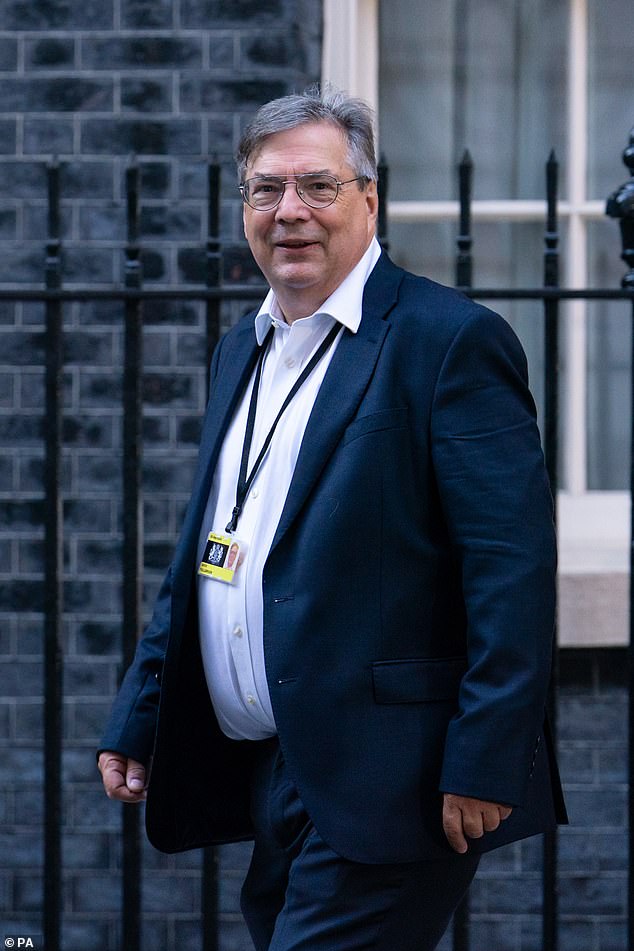 Mark Fullbrook, the former premier’s chief of staff, (pictured) is understood to have suggested she reward her outgoing staff and advisers with peerages. Sources close to the adviser last night rejected claims he had pushed for his own gong

Over the weekend, the outgoing Prime Minister held a series of farewell events for MPs and staff at Chequers on her final weekend in post.

The departing premier, who resigned this week after a disastrous spell in No 10, used the grace-and-favour mansion in Buckinghamshire for a string of goodbye parties.

It was suggested that her mooted honours list could be as controversial as Harold Wilson’s notorious 1976 ‘Lavender List’ in which a number of recipients were rich businessmen.

Former Prime Minister Boris Johnson’s resignation honours list has not yet been published.

It comes days after a backlash broke out over Miss Truss’s controversial compensation package following the dramatic collapse of her premiership.

The Public Duty Costs Allowance (PDCA) was introduced in 1991 in the wake of the resignation of Margaret Thatcher to ‘assist former prime ministers still active in public life’. 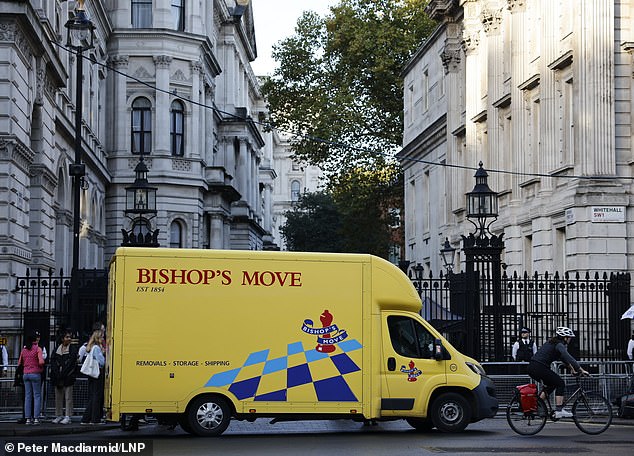 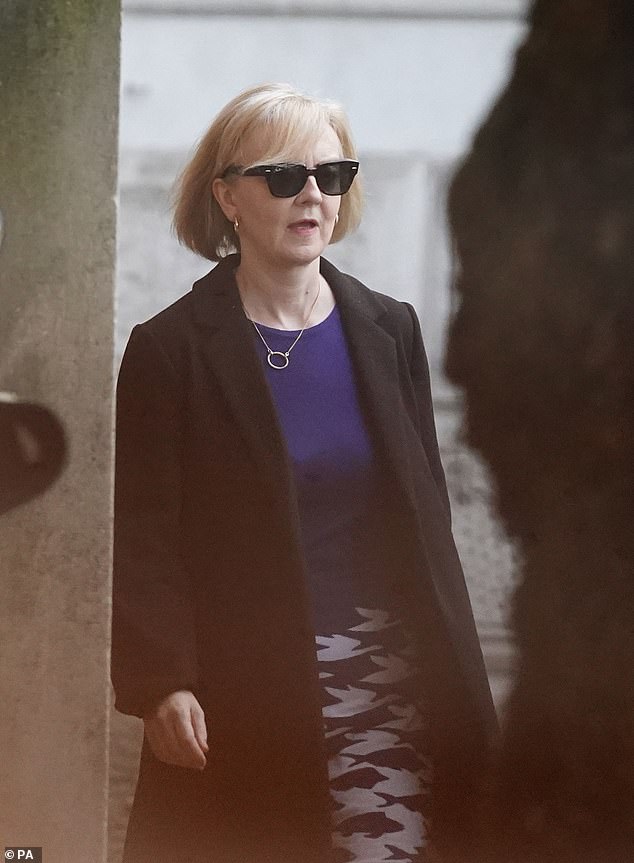 Liz Truss, pictured leaving Downing Street on Friday, used Chequers for a string of goodbye parties over the weekend 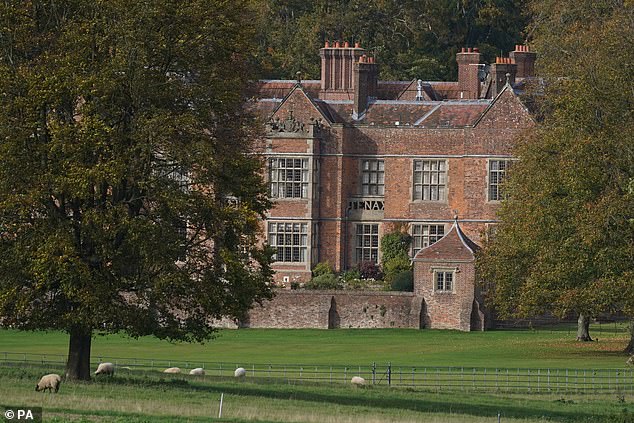 They are entitled to the money for the rest of their lives, unless they take up another public appointment.

Former PMs have to supply supporting documents – such as salary details for staff, or travel receipts – in order to receive the cash.

Labour leader Sir Keir Starmer said it would be ‘the right thing to do’ for Miss Truss not to claim any of the allowance.

He added: ‘She’s done 44 days in office, she’s not really entitled to it, she should turn it down and not take it’.

Meanwhile, the Liberal Democrats were accused of hypocrisy after calling for Miss Truss to turn down the £115,000 annual allowance – despite the fact their former leader Sir Nick Clegg claimed it for four years after his party was annihilated in 2015.

Sir Tony Blair still claims the full allowance despite being a millionaire. One Tory MP said: ‘The hypocrisy of the Left is always breathtaking. It knows no bounds.’

The 'Game of Thrones' Prequel Reportedly Starts Filming This Spring