PRINCE Harry and Meghan Markle yesterday united in grief with the Royals – joining King Charles and Camilla as they laid the Queen to rest.

But the Duke and Duchess of Sussex's seating at Westminster Abbey sparked questions after they were delegated to sit in the second row – behind the new king and his wife. 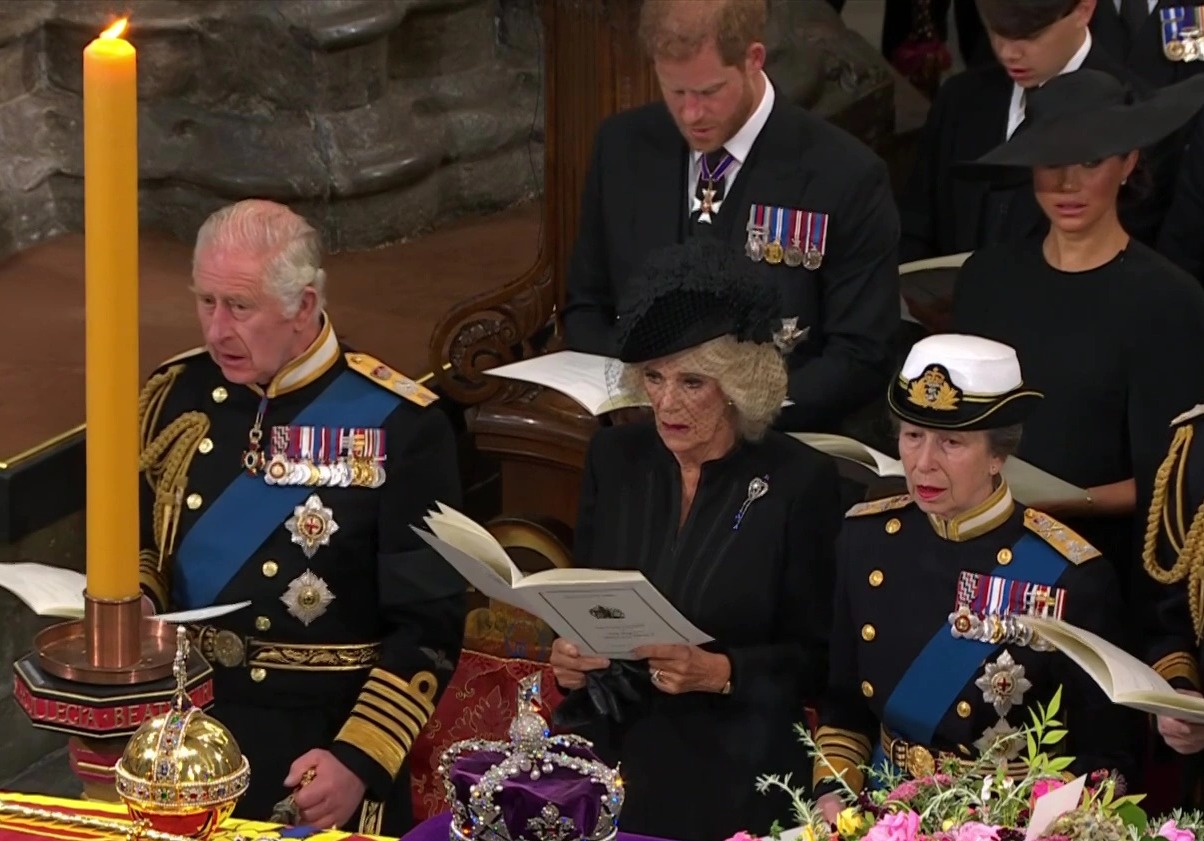 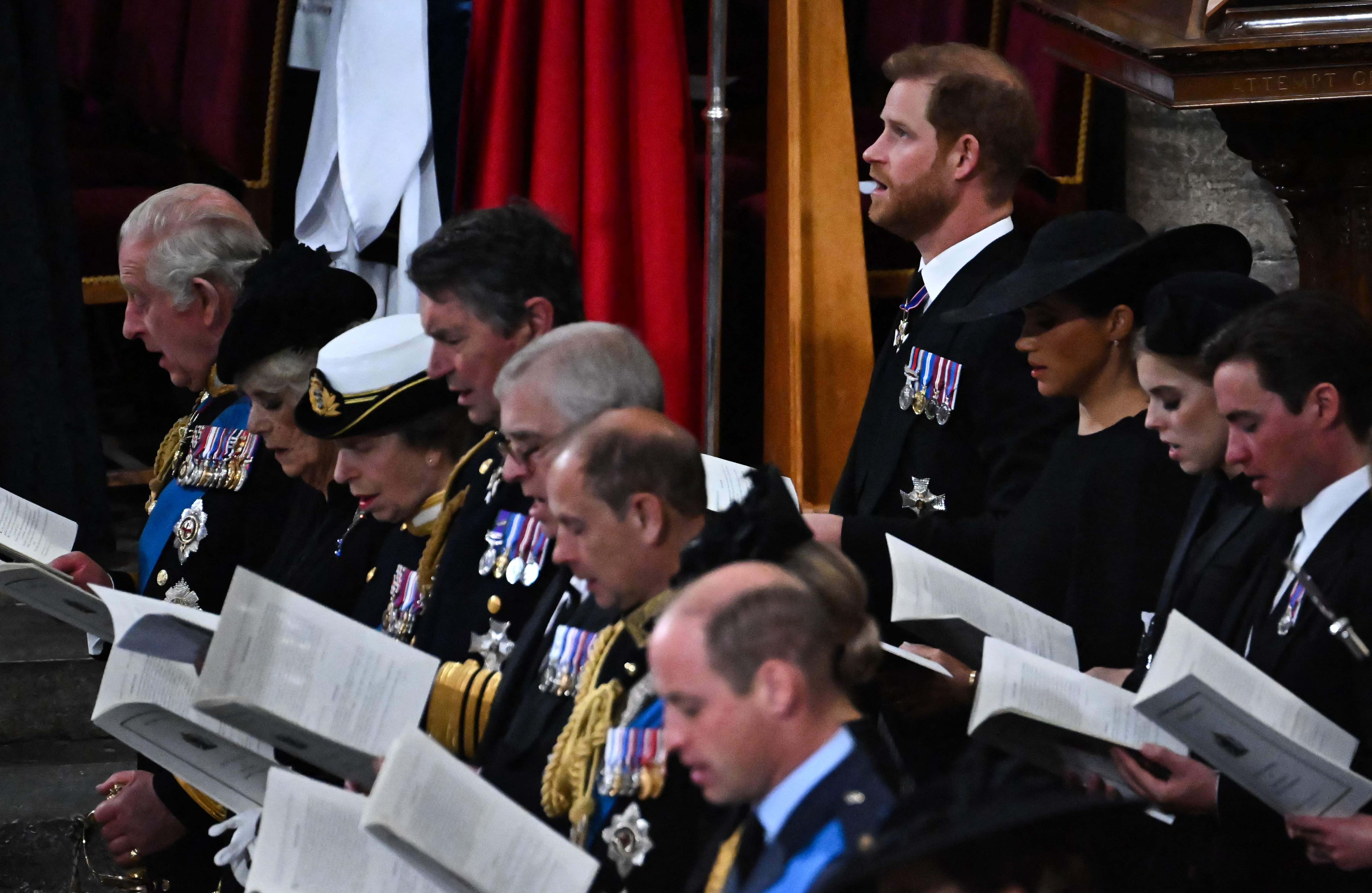 Now, the reason behind the seating arrangements in the abbey have been revealed.

According to Buckingham palace sources, Queen's grandchildren were put in approximate age order meaning the Duke and Duchess of Sussex were behind King Charles.

Officials also said the seating plan was designed to ensure families were kept together, it was added.

The Duke and Duchess of Sussex sat far from Prince William and his family, who were given front row seats.

The couple instead sat next to Princess Beatrice and her husband Edoardo Mapelli Mozzi.

King Charles was sat next to Queen Camilla in the front row, with his siblings Princess Anne, Prince Andrew, Prince Edward and their spouses.

Holly Willoughby ‘could QUIT This Morning over queue jumping crisis’ 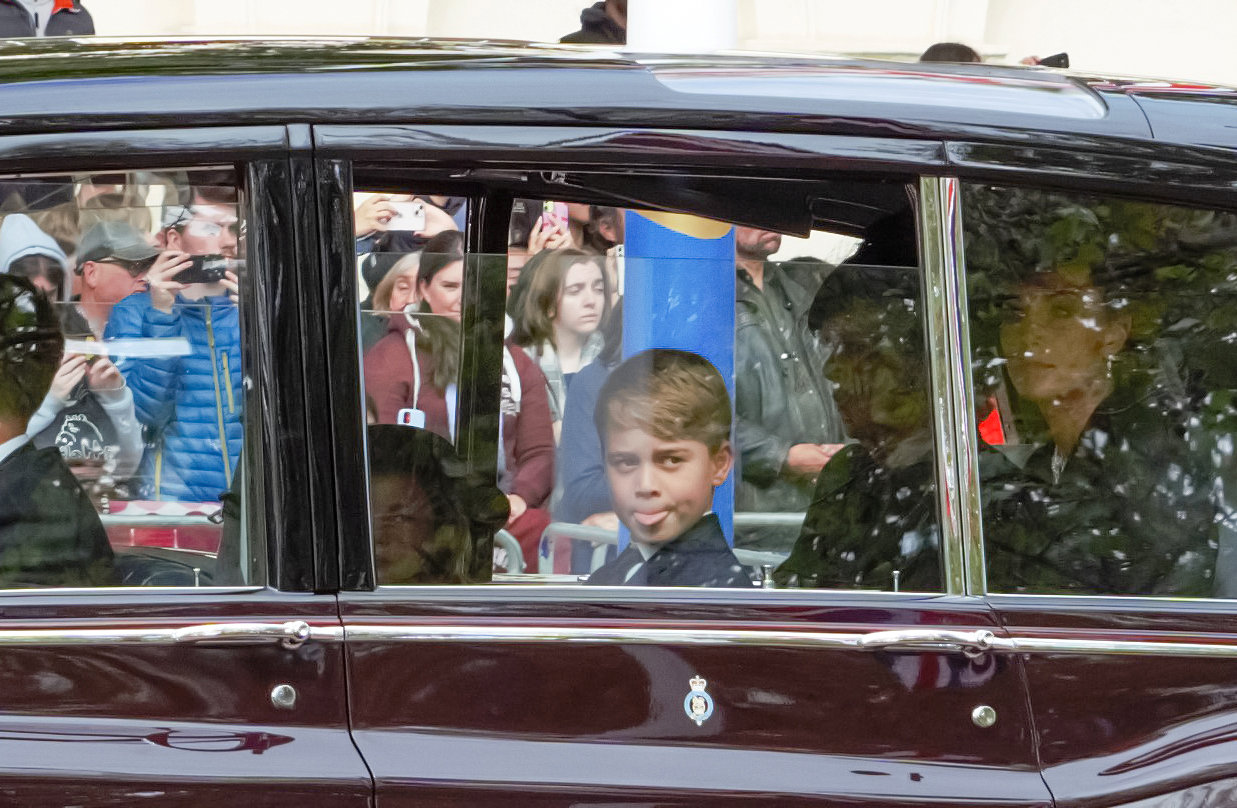 A palace source told The Times the Queen’s grandchildren were put in approximate age order with the aim of keeping families together.

Funeral watchers on the telly yesterday shared a theory suggesting that the Duchess of Sussex had been blocked from the cameras.

Social media users reckoned a candle was "placed" to obscure the Duchess of Sussex's face during the service at Westminster Abbey.

Meghan sat behind Camilla, The Queen consort and next to husband Prince Harry – but for much of the State Funeral service only her hat could be visible to those watching on TV.

There is no suggestion the placing of one of four candles surrounding Her Majesty's coffin was intentionally positioned to obscure the Duchess's face.

But nevertheless, Twitter users flocked to the social media site to share their thoughts on the placement amid a historic day in Britain's history.

One person claimed: "I don't want to be a conspiracy theorist but that candle is totally blocking the view of Meghan."

Later in the day, Prince William ushered his brother and Meghan Markle to their seats in St. George's Chapel, Windsor.

Joining the 800-strong congregation, William led his two eldest children, Princess Charlotte of Wales and Prince George of Wales, to their seats.

William could be seen pausing before taking his seat – and in one touching moment gestured to his brother and sister-in law to go in front.

He then let George and Charlotte go before him too, slotting Kate in between them before sitting at the end of the row himself.

It came as King Charles stood shoulder to shoulder with his grieving relatives during the hour-long committal service earlier. 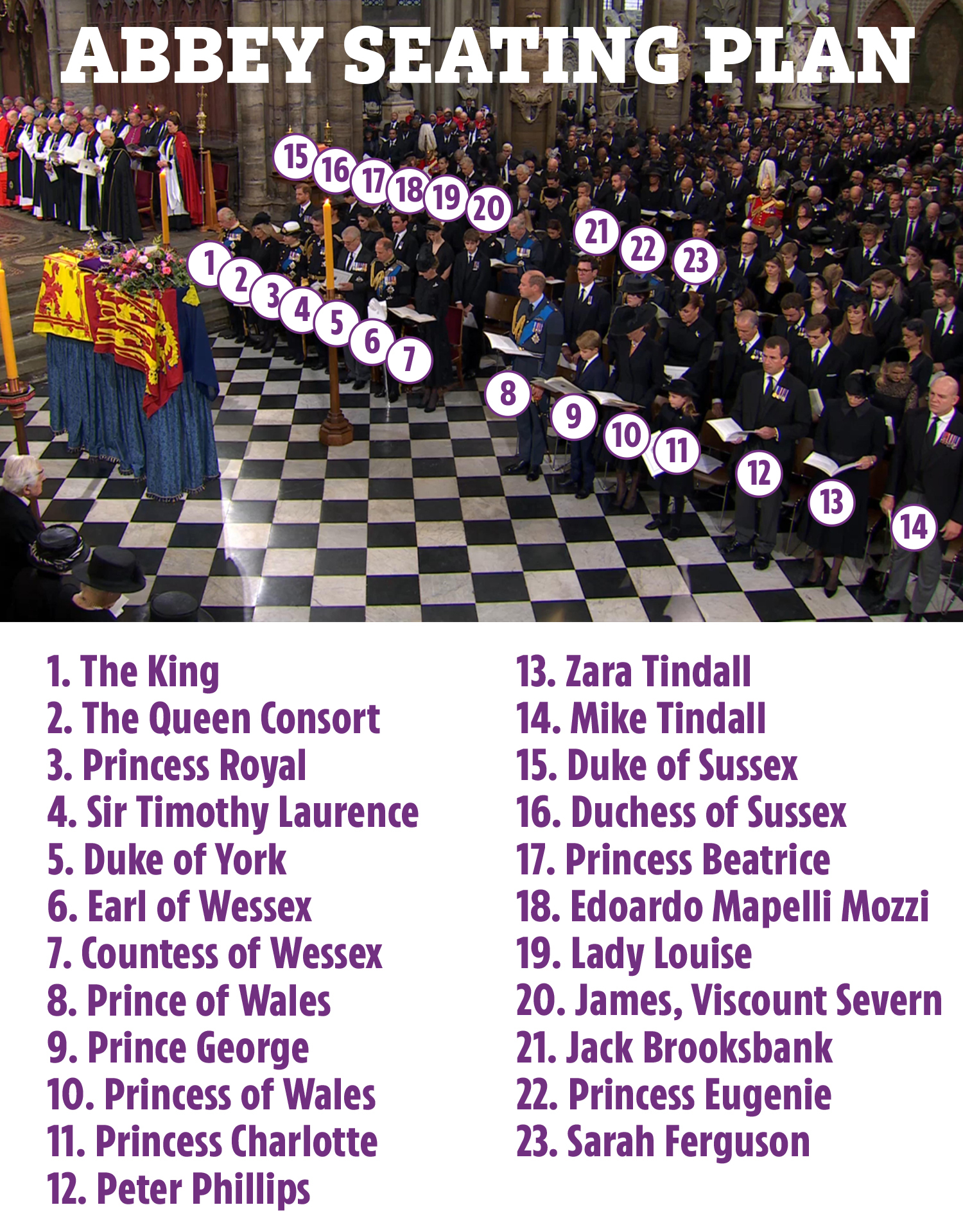 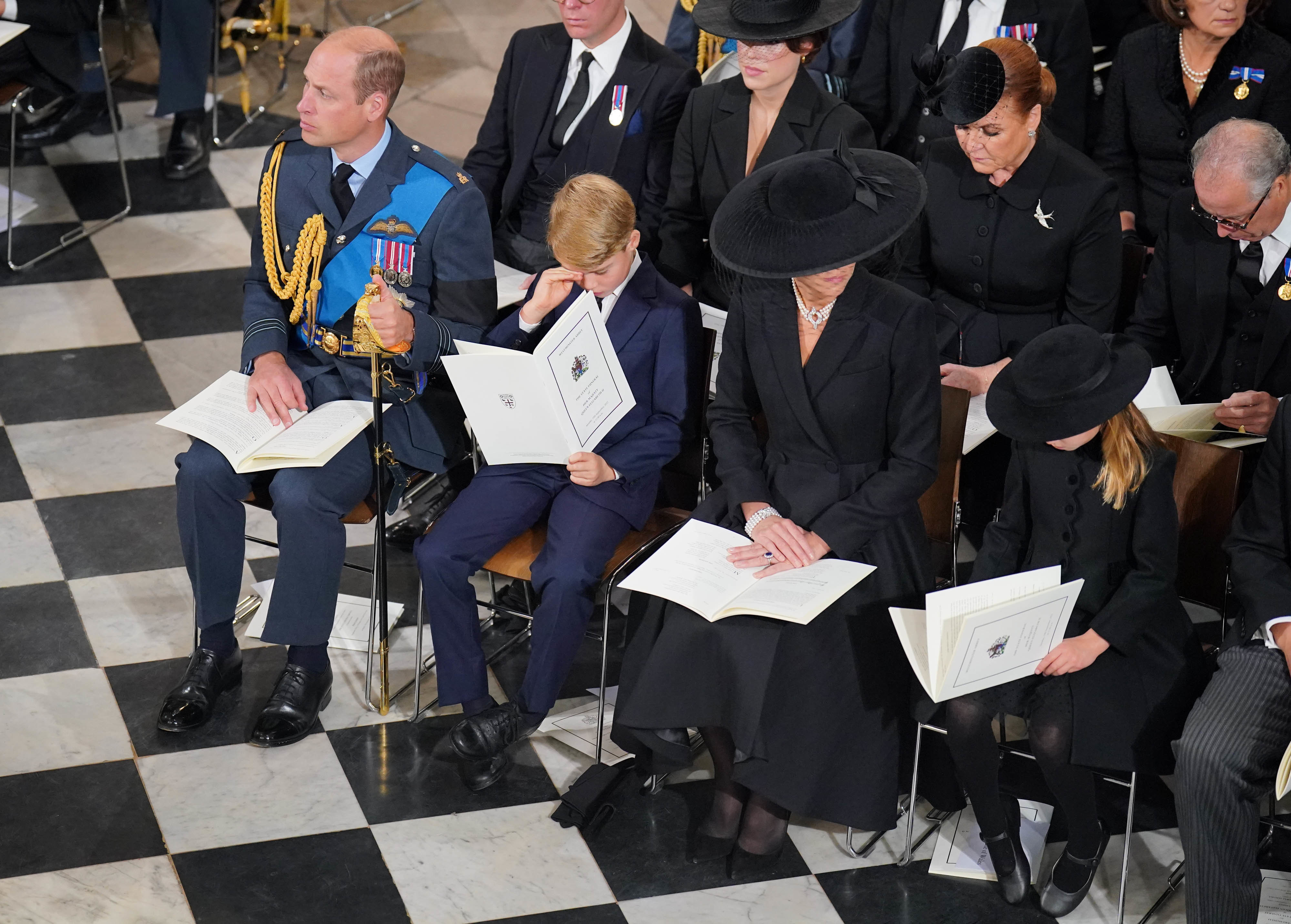 Android 11 is coming to another Samsung phone early – is it finally your turn to upgrade?