A crematorium has installed a ‘Postbox to Heaven’ aimed at encouraging people to write to loved ones who have died after a grieving nine-year-old girl suggested the idea.

Matilda Handy wanted to send letters to her grandparents who have both passed away.

The letterbox was afterwards installed at Gedling Crematorium, Nottinghamshire in December and has already received almost 100 ‘Letters to Heaven’, ITV Central reported.

Nine-year-old Matilda and her mother are hoping the postbox is a permanent part of the crematorium so that grieving people can keep reaching out to those they have lost. 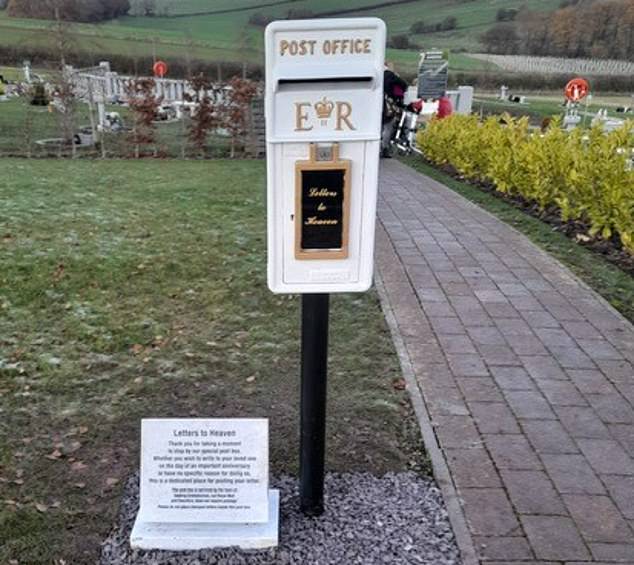 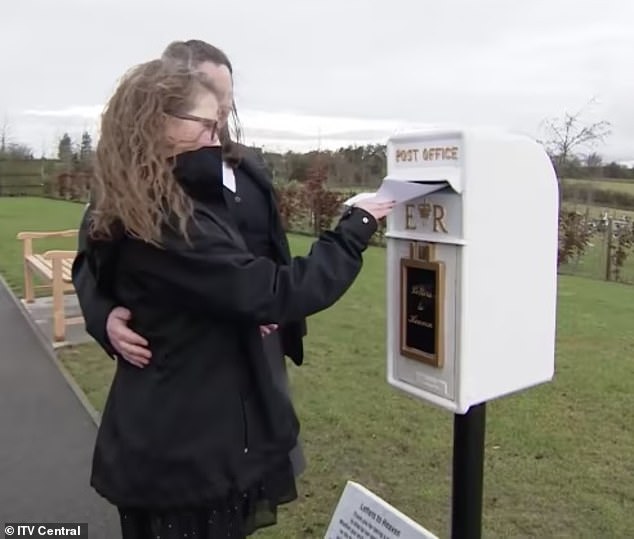 Matilda Handy, nine, came up with the idea as she wanted to send letters to her grandparents who have both passed away

Speaking to ITV Central, Matilda said that penning letters to her grandparents helped her grieve, and enabled to her express emotions in a new way.

‘It was very nice because I’m very upset and it’s just a very nice way to express my feelings and send a letter to them and to say how much I love them,’ she said.

The reaction from the local community to the special postbox has been overwhelmingly positive, according to Matilda’s mother Leanne, with many approaching the pair to ask if they can use the box as well. 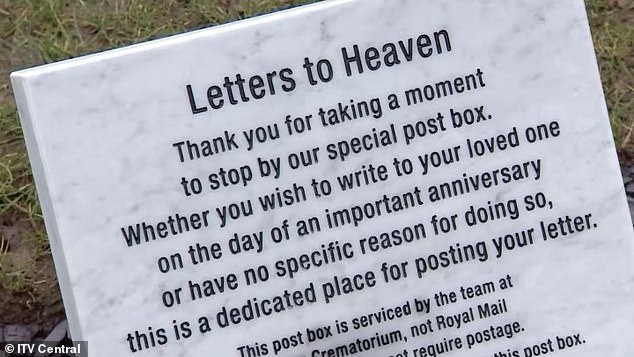 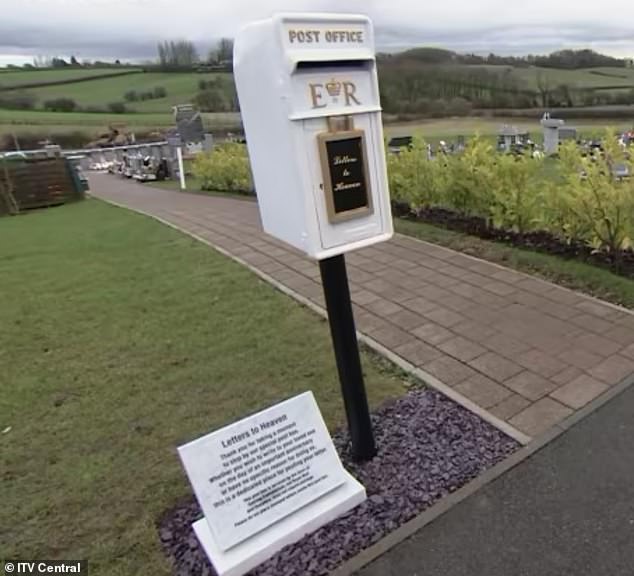 Speaking about the postbox, Matilda said: ‘It was very nice because I’m very upset and it’s just a very nice way to express my feelings’

The site manager at Gedling Crematorium, Giulia McDonough, said: ‘Like all Westerleigh Group’s sites, it’s our aim to have a very positive presence within our local communities, and I am delighted that the Letters to Heaven post box seems to have captured the imagination – and interest – of many people.’

They added that that the crematorium posted about the box on Facebook on December 12, showing an image of it in use, after which they had more than 16,000 people viewing the message and nearly 1,000 liking it within a few days.

The crematorium highlighted that the box is serviced by them and not Royal Mail, meaning stamps are not required.