The cruiser, whose sister ship Moskva was sunk by Ukraine was stopped in the Celtic Sea before making a U-turn and lurking around Land’s End for days. Fears were raised over a plot to unmask British submarines as the ships dispersed over 60 miles across British waters. Several units were involved in tracking the ships, which included a destroyer and tanker in tow, as the Navy scrambled “an array of modern naval technology” to keep an eye on the fleet.

In total the cruisers are armed with 16 anti-ship missiles 64 air defence missiles, torpedoes and a 130mm gun.

HMS Lancaster trailed the ships from Gilbraltar past the Bay of Biscay before HMS Westminster took over in the Celtic Sea.

Lastly, HMS Richmond shadowed the convoy through the English Channel into the North Sea.

Moskova, the sister ship, was blown up in the first few months of Russia’s invasion of Ukraine.

Vladimir Putin lost the 12,490-ton missile cruiser after it was hit by a pair of Neptune cruise missiles.

The ship was the flagship of Russia’s Black Sea Fleet, playing a key role in Russia’s war. 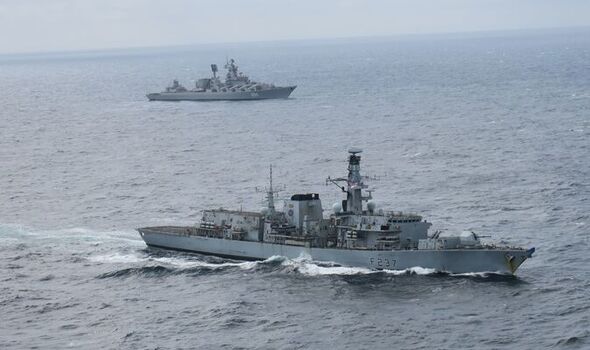 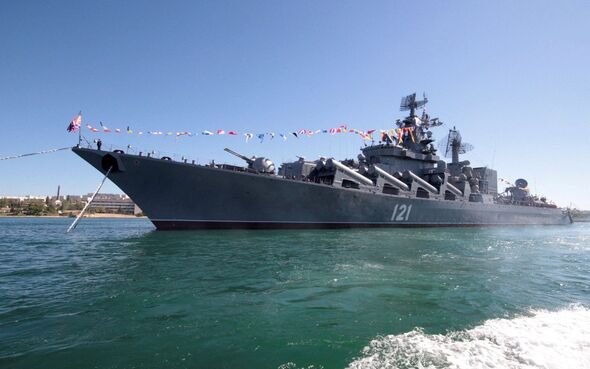 It comes as Ukraine’s Armed Forces say Russia has lost a total of 15 boats and cutters and 214 cruise missiles.

In its latest update, the ministry also claimed Russian troops losses have topped 50,000. 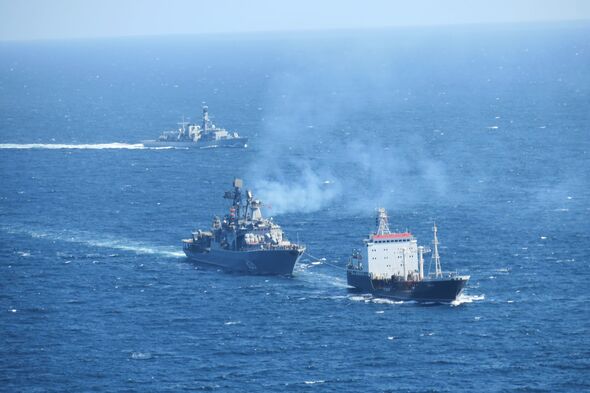 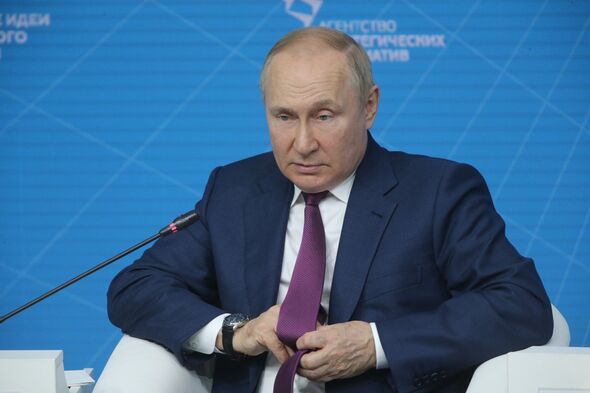 But Vladimir Putin says has not lost anything as a result of its military campaign in Ukraine.
Speaking at an economic forum in Vladivostok, he said all Russia’s actions were designed to strengthen Russia’s sovereignty and were aimed at “helping people” living in the Donbas region of eastern Ukraine.

Last week Ukraine launched its counter-offensive in the east of the country.

Luhansk region Governor Serhiy Gaidai told Ukrainian television, without giving locations, that a “counter-attack is underway and … our forces are enjoying some success. Let’s leave it at that”.

A presidential adviser had earlier tweeted that there would be “great news” coming from the president on the operation in the northeastern Kharkiv region.

In his evening address, President Volodymyr Zelensky made scant mention of operations in the Kharkiv region, but he did say five Russian cruise missiles were shot down on Tuesday, most of them in the south.