Justin Bronk said Russian media is “close to panic” as it has become increasingly difficult for Russian state TV propagandists to omit that things in Ukraine are not going according to plans. He added that Russian pundits “don’t have anything that they can spin to make this sound anything other than bad [for Russia]”. Prof Bronk also argued that it is “dangerous” for Vladimir Putin to have associated himself so much with the invasion, suggesting that such a strong association could lead to a possible weakening of the image Putin has among his Russian public and within the Kremlin.

Prof Bronk told Times Radio: “The sort of discussions happening on state TV, it’s notable that there is something close to panic in the way that a lot of the kind of really seasoned and hard-line propagandists are talking about things.

“There’s no real way to spin this as anything other than a massive problem [for Russia].

“There aren’t any obvious answers beyond saying ‘we will win, we just have to be tougher. We have to escalate’, and the obvious question is ‘with what?”

He continued: “When you see these pundits actually talking about ‘well, it’s impossible to win under the current circumstances without full mobilisation and it’s too late to do that, we should have done it before’ first it is interesting. 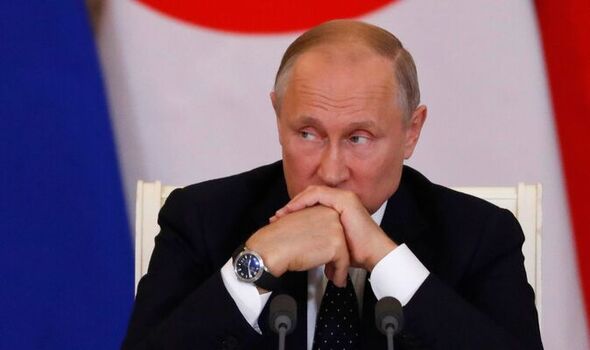 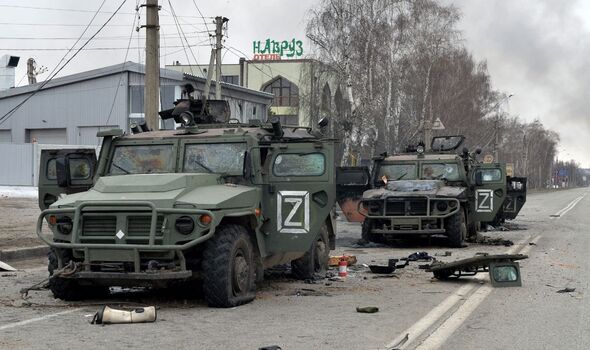 “Second, it is worth noting that Russian propaganda TV normally has a kind of supposedly pro-NATO or relatively pessimistic voice that is there so that they can be torn down by the others and kind of made to look ridiculous and berated.

“It’s not necessarily unusual to have someone there saying something that sounds a bit sensible, what’s unusual is the perception in the last couple of days that those people seem to be allowed to almost winning the argument.

He stressed: “The hardliners don’t really have anything that they can spin to make this sound anything other than bad.”

Referring to Putin and his image among the Russian public, he added; “[It is dangerous for Putin] to have associated himself very strongly at a personal level with what the Russian state calls this special military operation and also to have said he was taking very close control over tactical events.

READ NEXT: Russian pilot surrenders and crashes his own jet

“It is dangerous for President Putin that a second military setback of this scale has happened in the seven months of the war so far”.

Referring to the ongoing Ukrainian counter-offensive campaign, he added: “It appears that Russian is on the run and essentially what happened is that Ukraine telegraphed its large scale counter-offensive in Kherson in the south for about two months before it actually launched it quite recently.

“Russian had time to essentially redeploy all of its usable kind of reserves and a lot of its elite formations from elsewhere along the front line in occupied parts of Ukraine, especially from the Donbas and down to Kherson.”

He explained: “That meant that Ukrainian forces in Kherson and that counter-offensive which is still ongoing and still slowly taking ground have faced an enormous amount of Russian opposition and they are really fighting the bulks of what remains of the Russian army regular strength in Ukraine. 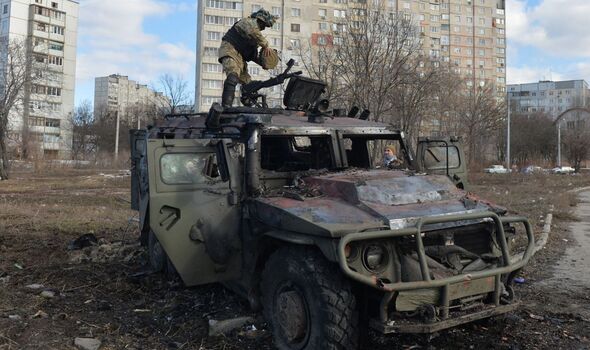 “That meant that the rest of the lines were really quite sparsely held in places and there’s very little in the way of remaining reserve troops that the Russians have in other parts of the theatre.

“When the Ukrainians managed to push a breakthrough in Kharkiv Oblast region on Wednesday evening and then quickly push reinforcements through to enable that first breakthrough force, there were only very small Russian reserve forces available in the area to try and stop them”.

The comments came as Ukrainian deputy minister of defence Hanna Maliar revealed that, since the beginning of the Ukrainian counter-offensive on 6 September, Ukrainian forces have recaptured more than 300 settlements in the Kharkiv region.

Other updates from Ukraine’s military of defence also revealed that, amid the ongoing Ukrainian attack, Russian intelligence offices and military commanders have now begun to evacuate from the Russian-occupied regions of Crimea and southern Ukraine and “urgently resettle their families” back into the Russian territory.

In light of the Ukrainian achievements, Moscow has admitted that its forces have moved out of some eastern areas, but refused to define the retreat as a consequence of the Ukrainian counter-offensive campaign.

The Kremlin have described the latest troops deployments as a move to regroup its forces and on Monday it insisted that Russian would continue to fight “until all the goals that were originally set are achieved”.

'Euphoria': Zendaya Gets Candid About Fan Reaction to Rue

EastEnders, Coronation Street and Emmerdale spoilers LIVE – Kat tells Sharon NOT not to get back with ex Phil Mitchell