Anti-slavery laws could be amended to stop asylum seekers from ‘gaming the system’.

The move is recommended in a report to be released today. In its foreword, Home Secretary Suella Braverman says Britons are ‘fed up with the continued flouting’ and ‘abuse’ of immigration rules.

The proposal is to amend the Modern Slavery Act 2015, which was passed to combat trafficking but is suspected of being abused.

The number of asylum seekers falsely claiming to be victims of trafficking to avoid being removed is suspected of fuelling a dramatic rise in claims since the legislation was introduced. Albanians, in particular, are thought to be using the ruse.

Use of the National Referral Mechanism (NRM) – the system for identifying potential slavery victims – has skyrocketed in recent years. 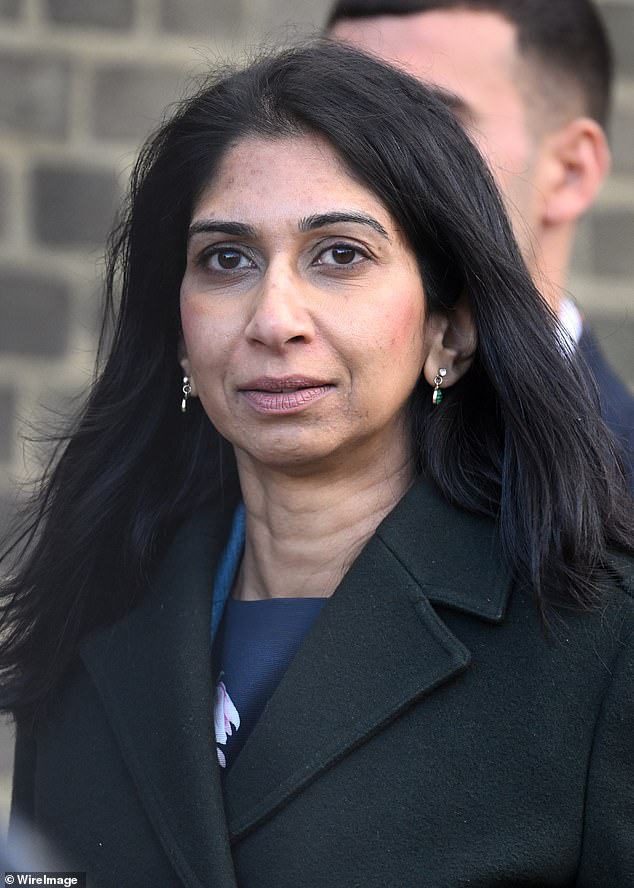 Home Secretary Suella Braverman, pictured,  says Britons are ‘fed up with the continued flouting’ and ‘abuse’ of immigration rules

In the first three months of this year, the three main agencies concerned with immigration and border control accounted for 45 per cent (1,695) of referrals, up from 33 per cent during the same period in 2019.

Options being considered are tightening the criteria for which claims can be lodged, raising the evidential threshold and barring whole nationalities from making claims where there is clear evidence of widespread abuse.

Immigration minister Robert Jenrick said over the weekend that Albanians should be barred from claiming asylum, adding: ‘The principle that we come from is that a safe country like Albania should be excluded from the right to claim asylum.’

Other tougher rules being considered include banning asylum seekers who arrive via illegal routes, such as on cross-Channel small boats, from ever settling here. 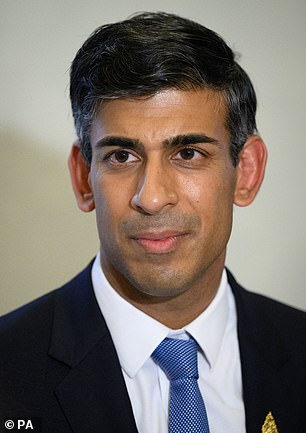 Rishi Sunak, pictured, is battling to convince voters that the Tories can tackle the small-boats crisis and wants to ensure those who arrive via illegal routes are barred from securing permanent residence

Rishi Sunak is battling to convince voters that the Tories can tackle the small-boats crisis and wants to ensure those who arrive via illegal routes are barred from securing permanent residence. The PM is in talks with Mrs Braverman about tougher new legislation, but it is unlikely to be introduced until next year.

The report by the Centre for Policy Studies think-tank said: ‘Modern slavery legislation has become the first line of defence for many illegal immigrants, with the European Convention on Human Rights as their fallback position.’

In the foreward, Mrs Braverman writes: ‘The British public are fair-minded, tolerant, and generous in spirit. But we are fed up with the continued flouting of our laws and immigration rules to game our asylum system.

‘We’ve had enough of the persistent abuse of human rights laws to thwart the removal of those with no right to be in the UK. This must end.

‘I know that to deliver the Rwanda partnership at scale, to disrupt the organised gangs who facilitate these illegal journeys, to remove the incentive for people to illegally cross the Channel, and to ensure we have an asylum framework that is fit for purpose, requires further work.

‘The Prime Minister and I are committed to doing whatever it takes. We will deliver the operational and legislative changes necessary to comprehensively tackle this problem.’

Around 44,000 people have arrived on small boats this year, and figures last month showed the net immigration in the year to June was 504,000.

Pollsters YouGov found that 84 per cent of voters think the Government is handling immigration badly.

Sophie Turner Is an Unstoppable Force in Dark Phoenix Trailer