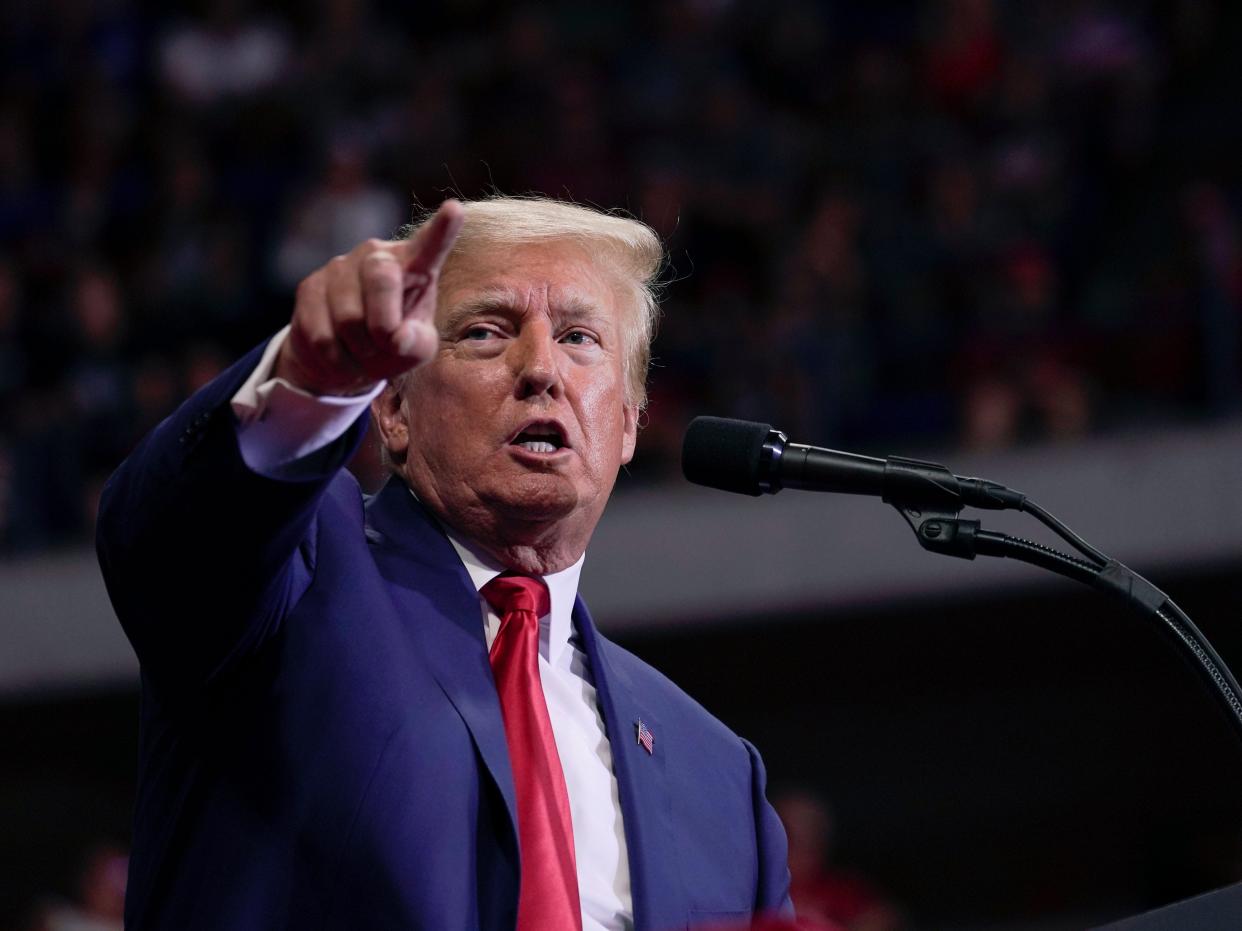 Former President Donald Trump tore into Fox News on Sunday, accusing the network of amplifying a Democratic agenda and going harder on Republicans than Democrats.

“Wow! Fox News is really pushing the Democrats and the Democrat agenda. Gets worse every single day,” Trump wrote on his social-media platform, Truth Social. “So many Dems interviewed with only softball questions, then Republican counterparts get creamed.”

It’s unclear what interviews Trump was referring to, but he also specifically called out Karl Rove, a former GOP White House official who is now a Fox News contributor.

“RINO Karl Rove is unwatchable, very negative, and on all the time – Has a big record of losing!” Trump said. “Not an easy place to be as a Republican, especially with all of the ‘pervert’ purchased ads.” It’s unclear which ads he was referring to.

Rove served as a senior advisor and deputy chief of staff during the Bush administration in the 2000s. He has appeared on Fox News several times to discuss the Justice Department’s investigation into Trump’s handling of government records and the FBI’s early-August search of Mar-a-Lago.

“None of these documents are his to have taken,” Rove said last week, citing the Presidential Records Act.

While criticizing Fox News on Sunday, Trump also said that if the network’s cable-news competitor CNN adopted a conservative approach, he would support it.

“If ‘low ratings’ CNN ever went Conservative, they would be an absolute gold mine, and I would help them to do so!” Trump said.

Trump’s comments about CNN — a popular target of his since the early days of his presidency — come as the network appears to be shifting its strategy to try to attract a wider range of viewers.

On Friday, the longtime CNN White House correspondent John Harwood abruptly parted ways with the network shortly after calling Trump a “dishonest demagogue” and saying that President Joe Biden’s characterization Thursday of Trump’s MAGA movement as a threat to democracy was “true.”

Brian Stelter also had a sudden exit from CNN last month. Stelter, whose show and newsletter “Reliable Sources” covered media, was openly critical of Fox News and other right-wing outlets.

The shake-ups come after Chris Licht took over as CEO of CNN earlier this year following the departure of Jeff Zucker.

Several unnamed CNN employees and former staffers told The Washington Post they viewed the recent string of exits as evidence of plans by Licht to reposition CNN as an ideologically neutral network by limiting voices critical of Trump.

Representatives for Fox News and CNN didn’t immediately respond to requests for comment from Insider.

Jeremy Fisher Beatrix Potter 50p: how much is it worth?