Singapore: US House Speaker Nancy Pelosi began her tour of Asia on Monday as China ramped up military exercises and a war propaganda campaign that threaten her plans to visit Taiwan.

Pelosi landed in Singapore on Monday morning but did not confirm if she would proceed with a trip to Taiwan on her way to South Korea and Japan later this week after her plans to visit the democratic island were first reported in July. 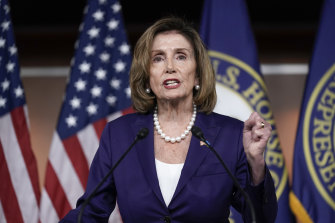 China’s People’s Liberation Army hosted live-fire exercises off Fujian on Monday, less than 120 kilometres from the coast of Taiwan. The show of force, timed to mark the 95th anniversary of the People’s Liberation Army, was also joined by the release of a military speech by Chinese President Xi Jinping in the Chinese Communist Party’s journal Qiushi.

“The Party commands the gun,” Xi said in the speech released publicly on Monday. “We must at all times focus on battle readiness, so as to forge a powerful army that comes when it is called, is ready for battle when it comes, and is victorious in battle.”

The comments were first made by Xi at a military gathering in 2017 but were only released on Monday after China’s Defence Minister Wei Fenghe told the 95th-anniversary celebration that a strong People’s Army provided “strategic support for the realisation of the great rejuvenation of the Chinese nation” – a goal that includes unification with Taiwan. 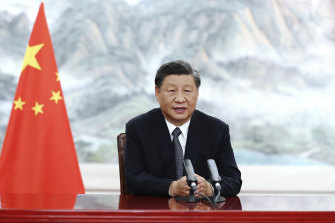 The Chinese Communist Party regards self-ruled Taiwan as a breakaway province that must be united with the mainland. The Party has never ruled Taiwan but has set a target of unifying with it by 2049, the centenary of the establishment of the People’s Republic of China.

But China’s rapidly expanding military power has prompted fears that timeline could be brought forward to this decade. Mark Milley, chairman of the US Joint Chiefs of Staff, said in July that China could be prepared to act as soon as 2027.

Pelosi’s visit, the most high profile by a serving US official in decades is seen as a provocation by Beijing because of its perceived endorsement of Taiwan’s government. In Washington, it is being viewed as a test of US resolve by both Democratic and Republican representatives after decades of providing more covert support to Taipei. US officials have been concerned that Pelosi’s plane could be shadowed by Chinese military jets on its way to Taiwan, raising the risk of accidental confrontation or a stronger military response from Beijing. 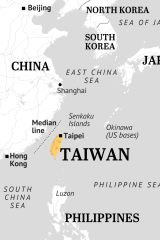 Zhou Bo, a senior fellow at the Center for International Security and Strategy said China’s rise should be viewed in a historical context.

“It is very difficult to find in history a major power like China who actually enjoys longstanding peace without resorting to wars with any other country,” he said.

Pelosi said in a statement on Sunday that her trip with Gregory Meeks, chair of the House Foreign Affairs Committee and Congressman Andy Kim, from the House Armed Services Committee as well as three other US Congress representatives would focus on “mutual security, economic partnership and democratic governance in the Indo-Pacific region”. The statement did not mention Taiwan. Pelosi did not have any media events scheduled in Singapore on Monday where she met with Prime Minister Lee Hsien Loong and the American Chamber of Commerce.

Pelosi is scheduled to travel to Malaysia on Tuesday before flying close to the Taiwan Strait to South Korea and Japan. China’s navy is also due to hold exercises near Hainan in the South China Sea for the rest of this week.