Victoria Police has been unable to adequately measure whether the introduction of thousands of police officers since 2016 has reduced harm or improved the effectiveness of law enforcement in the state, according to a report by the public service financial watchdog.

Released on Thursday by Victoria’s Auditor-General’s Office, the report outlines lax accountability standards when tracking staffing requirements, and has prompted questions about whether police can justify the billions of dollars the Andrews government has poured into law enforcement. 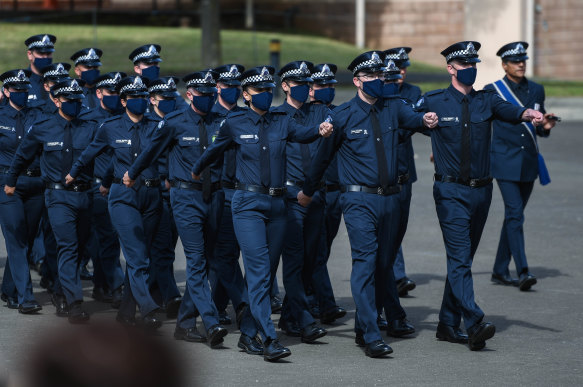 A graduation ceremony at the Victoria Police academy.Credit:Joe Armao

The report found the police business case it provided to the government in 2016, which resulted in a $2 billion investment and 2729 new officers, did not “provide adequate information to decision-makers for such a large investment”.

“Without knowing its future staffing needs, Victoria Police continues to rely on what it receives from the government, rather than providing evidence-based advice,” Auditor-General Andrew Greaves wrote.

“Victoria Police also cannot assure itself or the community that the 2729 additional police officers it received as part of the $2 billion Community Safety Statement program delivered community safety outcomes.”

A Victoria Police spokesman said the organisation stood by its request for resources, but acknowledged there was a need for better reporting and transparency.

“We have agreed to develop a strategic workforce plan to guide our organisational development, and will strengthen our benefits realisation plans in all future business cases,” the spokesman said.

Police accountability lawyer Jeremy King said police, like any government department, needed to adequately illustrate why they were entitled to funding.

“At a time when people are looking at police forces, Victoria is an anomaly where the government and Victoria Police have a more, more, more approach. When they can’t back up that, it’s actually effecting real change,” he said. 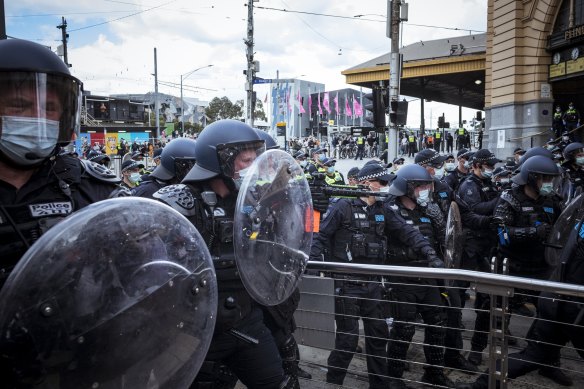 King said the report demonstrated why an external body, such as an ombudsman, was required to scrutinise the force and ensure police spending was effective and subject to independent oversight.

Victoria has become one of the most heavily policed states in Australia after a two-decade law and order rivalry between Labor and the Coalition helped build the country’s largest law enforcement organisation.

The state’s war on crime has resulted in spending on police, courts and prisons grow at double or triple the rate of other states and territories over the past decade, and Victoria now arrests and jails people at levels not seen since the 19th century.

Underlining the political priority given to police numbers and law and order, growth in the criminal justice system spending has outstripped that of education and health since 2013.

“Victoria Police does not have a strategic workforce plan. It does not have a current and accurate understanding of its current or future staffing requirements. As a result, it cannot show if the number of police officers it has meets demand,” the Auditor-General’s report says.

“Despite this, Victoria Police has received more than 3200 new police officers since 2016.”

The report also criticised the police Staff Allocation Model, which determines where officers are allocated based on need.

In November last year, Victoria Police had 22,000 personnel and government funding worth $4 billion a year, surpassing that of NSW Police even though the northern state is three times the geographical size and has 1.4 million more people.

‘Days Of Our Lives’ Episode 5/11 Recap: Storyline Twists As Theresa’s Return To Salem Is Fast Approaching